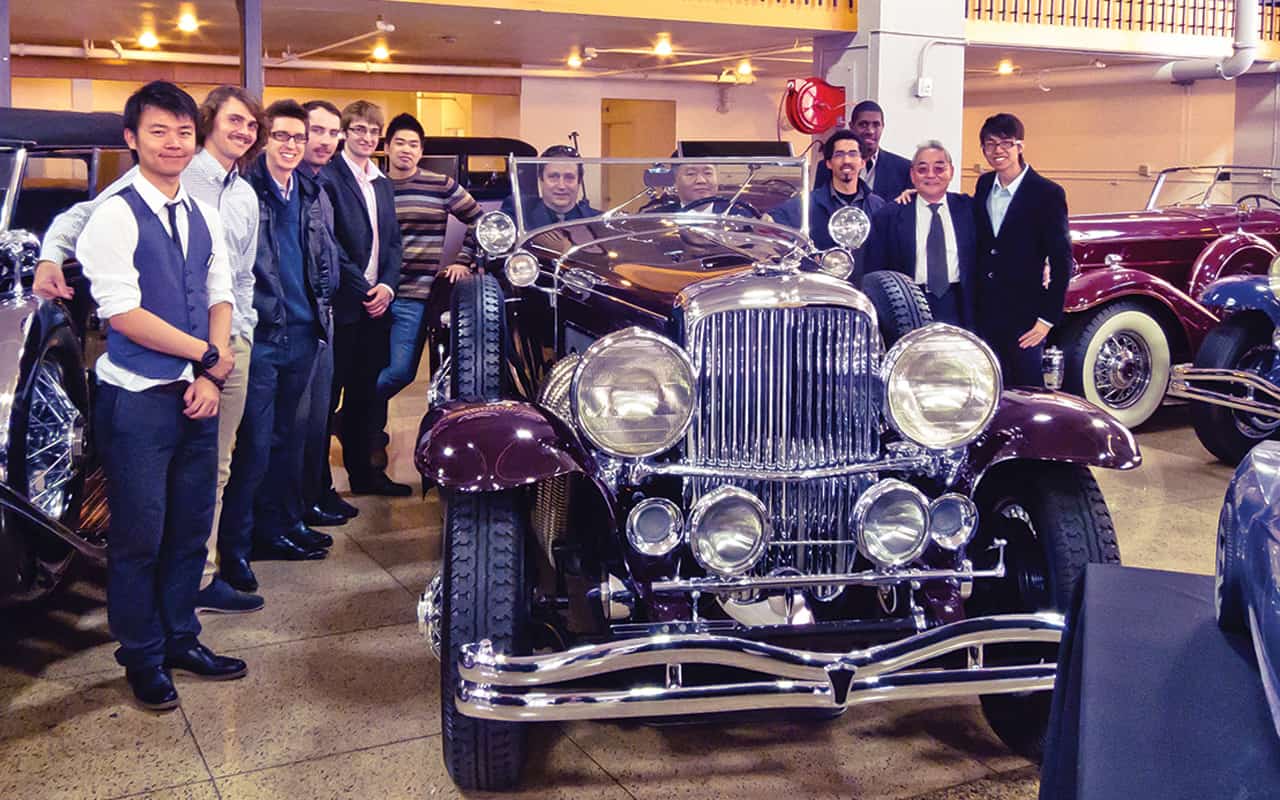 A Teague family legacy, powered by charisma, collaboration and character

Jeff Teague walked into the Road & Track lobby in the Spring of 1978 with his pals Jeff Kennedy and Mark Jordan, all freshly minted graduates of The Art Center College of Design in Pasadena, the launch pad for internationally famous industrial designers for decades. They just wanted to see where their life-long inspiration was created. Your author just happened to be standing at the reception desk when they arrived. They were three effortlessly congenial young talents who would raise the quality profile of their alma mater. Jordan went on to design cars (Mazda MX5 Miata, for example), his father, Chuck, was VP of design for GM. Kennedy has had a very successful career designing luxurious interiors for corporate jets and Jeff Teague followed his father, Richard, VP of design for AMC, in a number of ways, not the least of which was a passion for cars, design as a way of thinking, and communication—and moving around the industry creating successful products, collecting friendships, respect and sharable knowledge.

A stint as Senior Designer with Ford Motor Company, where he was on the teams for the wildly successful, Eurocentric 1984 Lincoln Mk VII with its award-winning LSC edition and the paradigm-shifting 1986 Taurus and Sable (he penned the wagon versions) established Jeff Teague’s credentials as an innovative team leader and communicator. Volkswagen AG offered a leadership role in revamping their line of sedans for 1996 and took Jeff’s family to Wolfsburg, Germany. A new opportunity to serve as Chief Designer for Volkswagen of America brought them back to California and into the car culture conscious.

Jeff described a fundamental shift: “So one day in April of 1998 I got a phone call from a gentleman named Dick Stephens. He began with, ‘Mr. Teague I would like to have you and your wife come to San Francisco and visit the Academy of Art University. I know you graduated from the Art Center College and you are now chief designer at Volkswagen.’ I said, ‘Yes. So, what’s this all about?’ ‘Well, I would like to invite you and your wife to come up to visit our school.’ We flew up in his Hawker 800 and chatted along the way. It was all small talk, really. I discovered that Richard S. Stephens founded the school in 1927 as a fine art for advertising academy and my new friend Richard A. Stephens, his son, finished Stanford and stepped into the school’s leadership in 1951. Richard A’s daughter, Alisa Stephens, has been president of the Academy since 1992. She and her husband have a very bright young son named Richard, we call him Little Richard, and he will be the fourth generation of family leadership.

A stint as Senior Designer with Ford Motor Company, where he was on the teams for the wildly successful, Eurocentric 1984 Lincoln Mk VII with its award-winning LSC edition and the paradigm-shifting 1986 Taurus and Sable (he penned the wagon versions) established Jeff Teague’s credentials as an innovative team leader and communicator.

“Once at the Academy, we took a brief walk around the school’s graduation show. In a particular area he said, ‘This is our Product Design graduate exhibit. I would like you to look at the work and tell me what you think.’ I asked how many students he had and he said only about 35 students. It all just looked like a bunch of arts and crafts stuff. ‘What do you think?’ ‘Well, I know the students did a lot of work for this, but they are not employable. There is not one I would have in a design studio.’ ‘I’m glad you said that, because that is why I would like to bring someone like you in.’”

“‘Listen,’ this came quickly, ‘I have a good job and I can’t ask my wife to move again. We just moved back from Europe and built a house. She finally feels like she has a home.’ Determined, he offered, ‘I will fly you up every week and back for the weekends.’” The negotiations went on for about two months.

“Finally, Dick Stephens called and asked, ‘Okay, what will it take to make this happen?’ ‘Well, first of all I will have to change the whole staff.’ ‘Okay. But, the only guarantee I need is, you have to raise the number of students to (____) by next year.’ ‘So, I can hire people? And I can fire people? And I can change the curriculum?’ ‘Absolutely. I want it to be a professionally run design studio.’”

“My goal was a complete curriculum for product design, industrial design and automotive design. It included toys and furniture and anything that might be design related. What I admire about Mr. Stephens is that he looks at life as all done by designers. So we started to implement the curriculum and grow the program.”

Jeff started working with J Mays at the Ford Motor Company on a Mustang clay model and did some things with Subaru even before I began to focus on Teague Design, Inc. (TDI). TDI is now involved with designing and engineering a rebirth of Duesenberg Motors Inc. for the Hampshire Group, a very successful Malaysian real estate investor/developer.

“Dave Cole, with whom I had worked directly at Volkswagen in Europe, came in as assistant director, a Japanese designer named Hideki Masuda joined us and I hired my brother Richard Teague to run the modeling division and shop. Our professional team had everything up and running in the first year. We even implemented a program of business for designers, so if you’re entrepreneurial, you’ll know how to approach clients, how to write up proposals and all the things nobody in design education seems to cover. The Academy has even developed a program to train experienced professionals how to teach what they know. After I had left the Academy, I received a call from Elisa Stephens in regards to getting a new Director for the Industrial Design Department. She asked me if I knew Tom Matano (retired Design Director of Mazda) I asked her back…’Can you get him?’ She said that they are working on it. Tom became the Executive Director of the School of Industrial Design.”

“When we started the program we had 38 bad news bears and today the program has 600 students who will leave the program with jobs. But after more than 3 years of coming home to an unhappy wife trying to be both the mom and dad to three kids during the week, I finally just decided to leave and start my own business. I still remain good friends with Mr. and Mrs. Stephens; they even gave me a seat on the board of directors.”

Jeff started working with J Mays at the Ford Motor Company on a Mustang clay model and did some things with Subaru even before I began to focus on Teague Design, Inc. (TDI). TDI is now involved with designing and engineering a rebirth of Duesenberg Motors Inc. for the Hampshire Group, a very successful Malaysian real estate investor/developer. The new Duesenberg line will include a broad range of carefully considered products to bring the brand back into global prominence. Along with redeveloping a classic Duesenberg, are plans to produce a modern series to include a sports car, a sedan, a supercar and a head to toe apparel line to include fine watches and fitted, color-matched luggage for the cars. Duesenberg Lifestyle travel services are being developed and a number of holiday destinations are already under construction in the islands of southwest Pacific. Teague’s Black Widow Design LLC was created to independently develop a fascinating line of urban electric vehicles. The Teague legacy pushes deeper into the Twenty-first century.