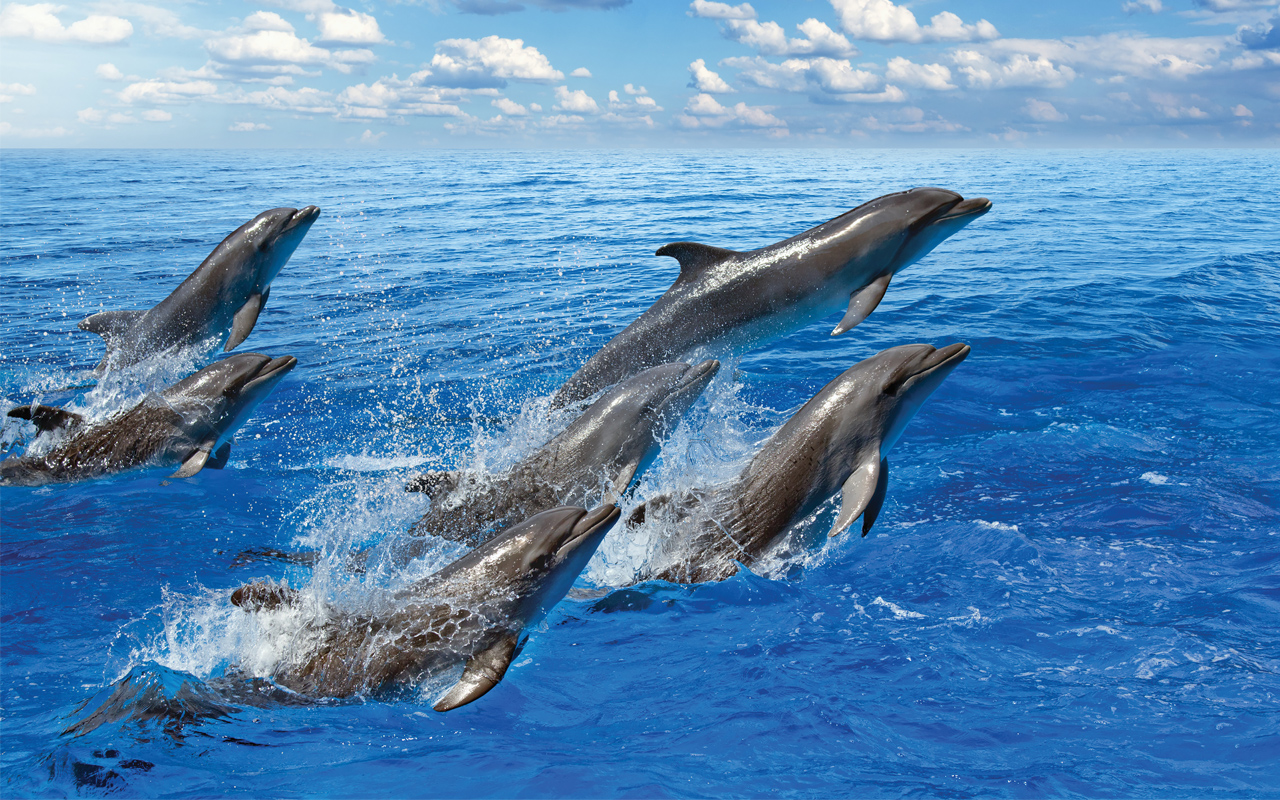 It was Jacques Cousteau, David Attenborough and Silvia Earle who first opened up the marine world to us with all its color and life. The oceans are home to up to 80% of all life on planet earth.

The purpose of this short article is to offer a scientific portal into how critical all the creatures in the ocean are to the preservation of life for all humans. From whales, dolphins and the smallest of sea creatures – every living creature in our vast oceans contributes inestimably valuable properties to the ecosystem.

Few people know that when dolphins and whales return to the water’s surface to breathe, they fertilize it with phytoplankton that absorbs more than four times the amount of carbon dioxide than the Amazon Rainforest. The phytoplankton also generates 85% of the oxygen that we breathe. We all know that carbon excess produces climate change, so the necessity for protecting these animals is crucial. Simply put: if whales and dolphins die, so do we.

In 2019, it was announced that Japan intended to resume whale hunting in the Antarctic so they withdrew from the International Whaling Commission to release themselves from scrutiny. They did this despite the international whaling ban since 1986. They are not the only culprits; many countries have operated under the radar despite the ban. Japan just happens to do it more aggressively.

Each year, over 700 dolphins and whales are herded into a cove for slaughter in Taiji, Southern Japan. The Japanese authorities are aware that the world is watching this mass slaughter, and they intimidate any onlookers with chasing police cars, secret service, and undercover authorities. The message is clear to witnesses: stay away! Ali Tabrizi of the documentary, ‘Seaspiracy’, came back with this first-account of what he saw:

“Fleets of boats go out for a few hours. They find a pod of dolphins and then bang and make noises to scare them. The dolphins are corralled into the cove – surrounded by inescapable nets. Knife-wielding divers get in and slice into them. It is a blood bath.”

The Taiji Dolphin Hunt is allegedly supported, funded and underwritten by the Marine Park Entertainment Industry. The industry sells young dolphins to marine parks to offset their own massive costs of keeping a live dolphin at a marine entertainment center.

It occurs relentlessly every year in Japan for other major reasons: commercial fishermen view dolphins as competition to their resources. Dolphins eat lots of fish, and so they slaughter them en masse in order to retain more fish for their nets. What they fail to recognize is that commercial overfishing is the root of the problem. Getting rid of a species in the ocean is not the answer to their egregious greed.

Ali Tabrizi visited a seafood market close to Taiji and discovered why the fishermen are so eager to get rid of dolphin pods. Blue Fin Tuna is one of the most expensive fish in the ocean. It is so prized and so overfished that only 3% of the Blue Fin Tuna population is left on planet earth. It sells in Tokyo Seafood markets at incredibly high prices, and so the market-driven desire to get rid of the competition (dolphins) is obvious.

Despite all the well-intended legislation across the world to limit over-fishing, and to restore marine ecosystems, conservation watch groups like ‘Sea Shepherd’ form a vital role as they go out into our oceans and confront illegal fishing vessels

The Victims of Commercial Fishing

There are currently at least 4.6 million commercial fishing vessels out at sea. We as consumers are often ignorant about the agendas behind the can of tuna we purchase in the supermarket. A conservation group called ‘Sea Shepherd’ did their due diligence and discovered that on the west coast of France, up to 10,000 dolphins are caught in fishermen’s nets every year and they die. Experts assert that every year, over 300,000 dolphins are killed worldwide as victims of commercial fishermen’s ‘bi-catch’. ‘Dolphin Safe’ tuna can fishing labels often hide the truth behind the industry.

Tabrizi witnessed another ecologically reckless industry in his Japanese visit. Shark fin soup – which is bland and tasteless – is regarded as a big-ticket delicacy in posh Japanese restaurants. A bowl of soup runs at around $100. The only part of the shark that is harvested is its fins, and the rest of the creature is disposed of. Tabrizi went to Hong Kong – which is known as Shark Fin City – and witnessed huge shipments of shark fins being offloaded. Sharks are critical to the ocean’s ecosystem, and whenever we target a particular species and decimate it, we inadvertently create an ecological tsunami.

Knowledge is power and as consumers, we have ethical choices to make. Despite all the well-intended legislation across the world to limit over-fishing, and to restore marine ecosystems, conservation watch groups like ‘Sea Shepherd’ form a vital role as they go out into our oceans and confront illegal fishing vessels. Ultimately, though, we hold considerable power – the power to pay for a product – or the power to boycott a product. The fishing industry meets consumer demand – and that is how we can, individually, effect the most change.