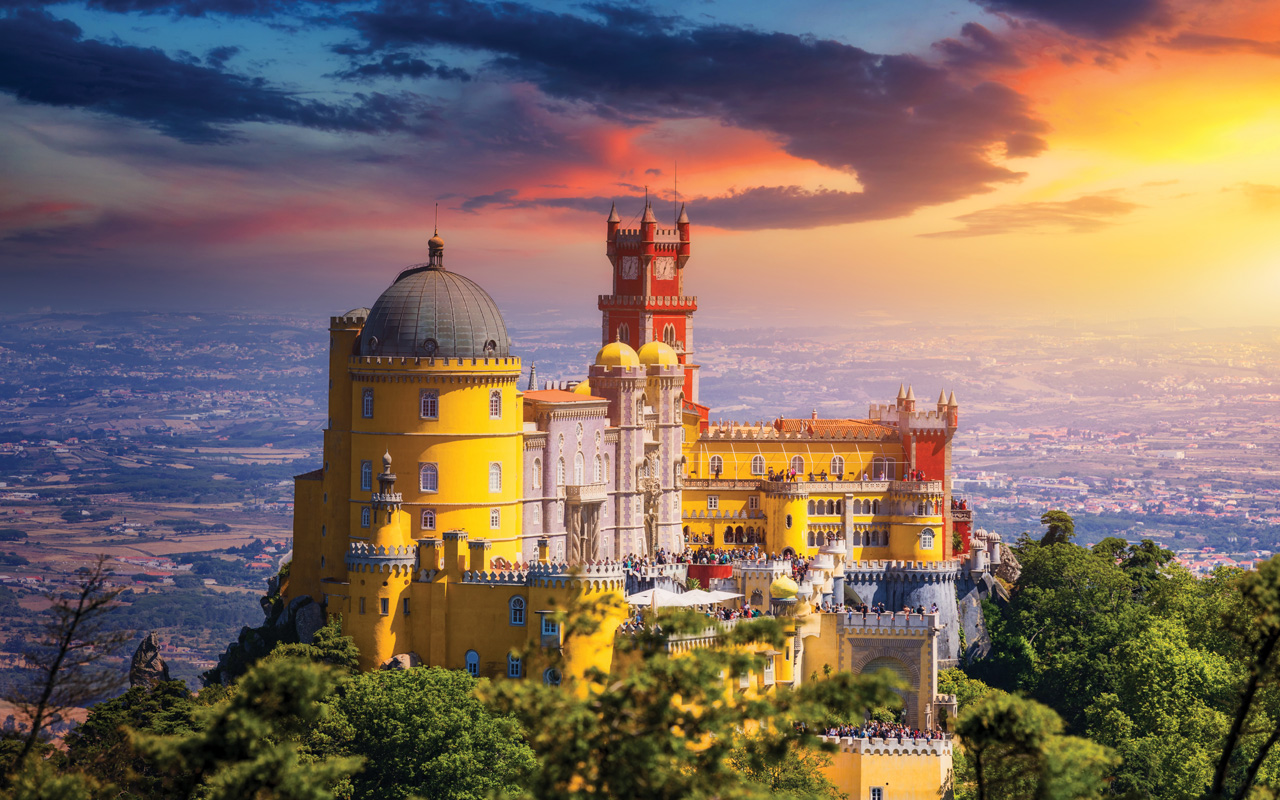 From opulent castles, medieval villages, natural springs, a village built from boulders to rolling vineyards and volcanic islands, Portugal offers a fascinating history alongside dramatic landscapes, beautiful beaches, and cuisine that will make your tastebuds explode. This southern European country on the Iberian Peninsula borders Spain, and its location on the Atlantic Ocean has influenced many aspects of its culture. Much of Portuguese architecture dates to the 1500s – 1800s when the country had a powerful maritime empire.

Beaches in the Algarve

The Algarve region in the south boasts 100 spectacular beaches scattered along a golden coastline. The best-known surf spot is Praia do Amado on the Costa Vicentina where international bodyboarding and surfing competitions are held. The dramatic sand dunes, cliffs and rock pools are particularly popular for families – especially during low tide.

Not far from the capital Lisbon are the forested hilltops of Sintra which house opulent palaces and castles. Palácio da Pena, which is a combination of Gothic, Moorish and Renaissance architecture, is the most impressive and is one of the Seven Wonders of Portugal. Built in the 19th century for Ferdinand II, it was the summer residence of the Portuguese royal family.

Famed for its production of Port and other wines, the valley of the River Douro is one of the most spectacular places in Portugal. People from all over the world take a roadtrip (which is windy and steep) or a train ride along the Linha do Douro to this UNESCO World Heritage Site to sip on wine and spend the night at one of the wine estates (quintas). You can also take a cruise tour up and down the river. The picturesque stops along the way include Mateus Palace, Sé Cathedral, and Bolhão Market.

Lisbon is a particularly vibrant capital city with stunning architecture. There’s the 11th-century São Jorge Castle and the 16th-century Torre de Belém. When strolling around the cobbled streets, you will see stunning mosaic-tiled plazas, fairytale castles, and gothic monasteries.
Great Restaurant Tip: PRAIA IRMÃO – hidden between the dunes of Costa da Caparica – is located on the Tagus at the mouth of the Almada, about 8 miles south of Lisbon.

Aveiro: The Venice of Portugal

Aveiro – the Venice of Portugal – has beautiful canals, Nouveau architecture, and colorful gondolas (moliceiros). Located on the edge of the vast Ria de Aveiro lagoon, this authentic fishing district is home to Cathedral of Aveiro, with its prominent bell tower, and the 15th-century Convento de Jesus; featuring a lavish tomb made of marble.

The Nine Islands of the Azores

1,100 miles west of Lisbon lie the Azores, an archipelago of nine islands characterized by volcanic landscapes, green pastures, and one of the best marine habitats in the world. The archipelago is a pit stop for about a third of the world’s species of cetacean.

The Boulder Village of Monsanto

Nestled on the steep mountaintop of Mons Sanctusin in Beira Baixa, the village of Monsanto resembles a setting from The Lord of the Rings. It is famous for its gigantic granite boulders which people have used as floors, walls, and even roofs in houses that date back to 1174. Due to its distinction as a living museum, the village has barely changed in hundreds of years. You will also find the ruins of the medieval Castle of Monsanto here.

Any trip to Portugal wouldn’t be complete without a visit to the city that gave its name to the county’s most famous export, port wine. Located on the mouth of the Rio Douro, Porto is the second-largest city in Portugal and a popular center of culture and entertainment that rivals Lisbon. It boasts a colorful mix of medieval relics, extravagant churches, and wine cellars that are open for tastings. 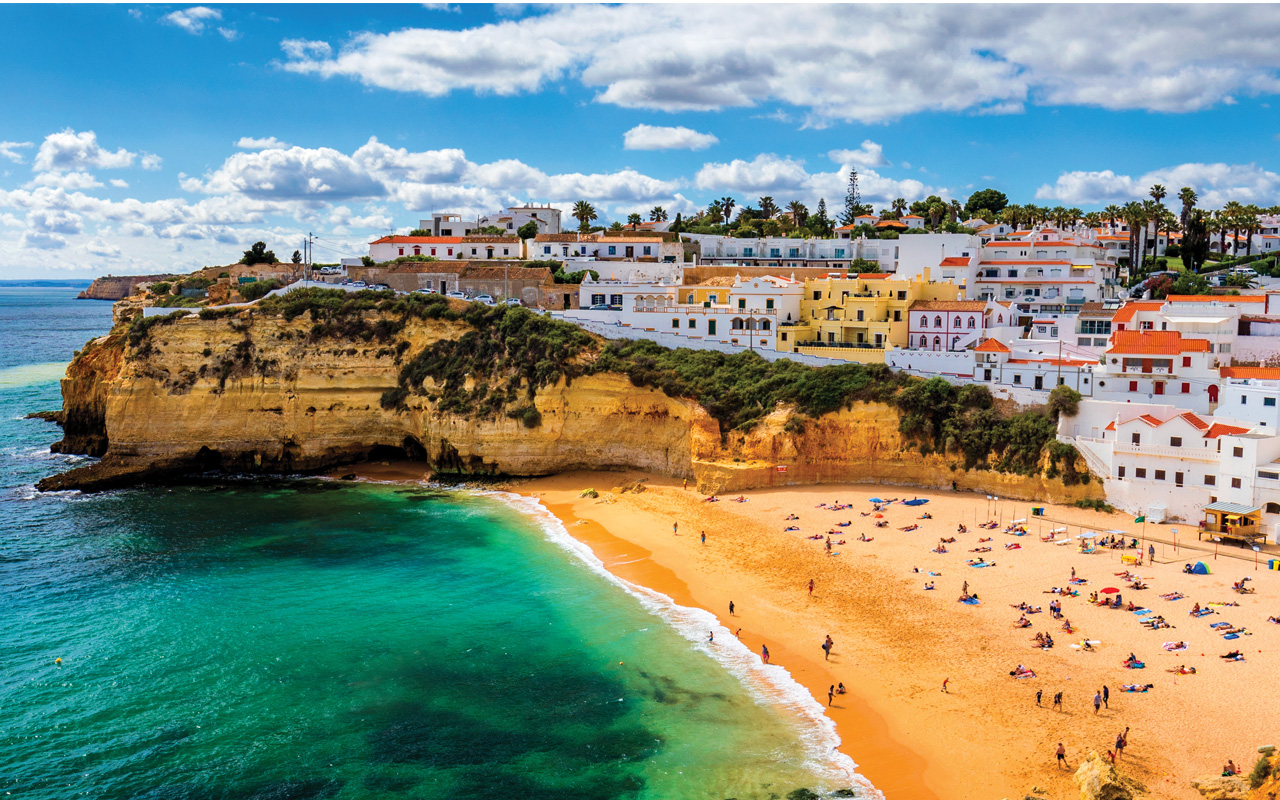 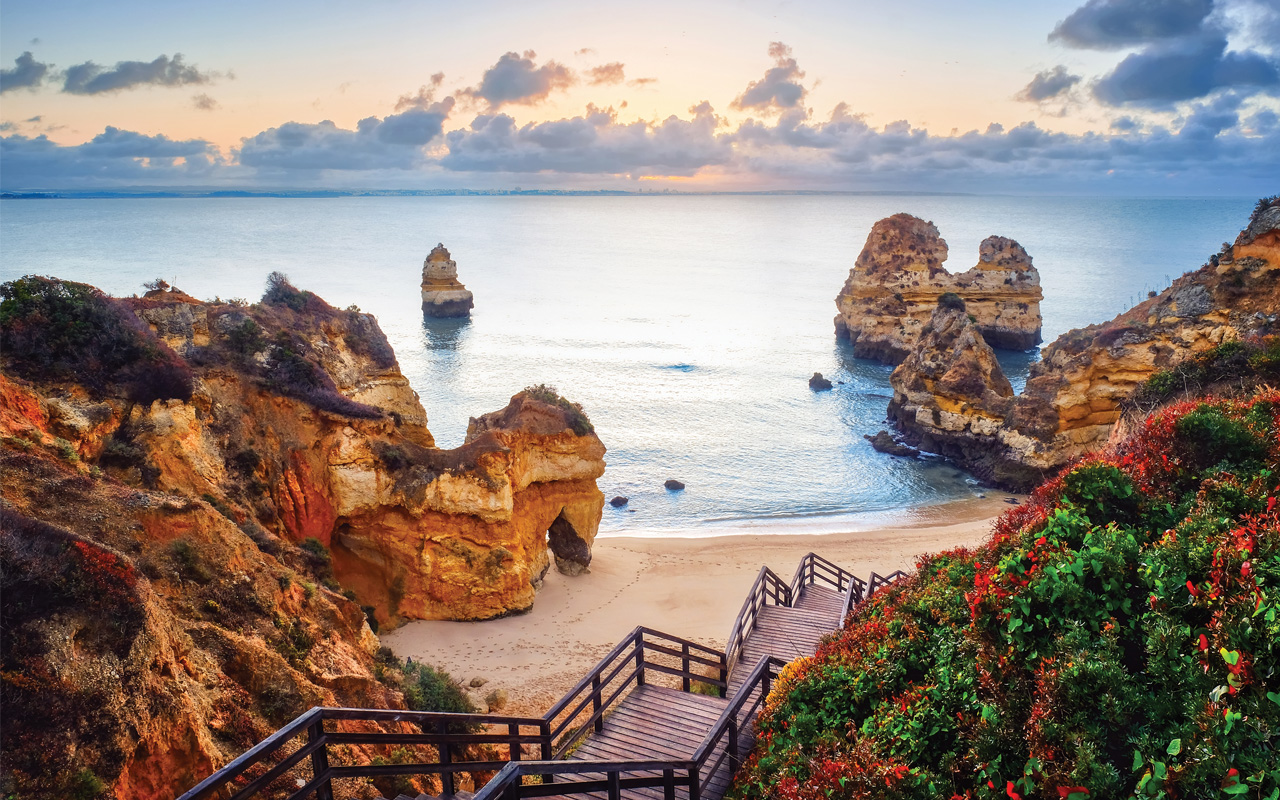 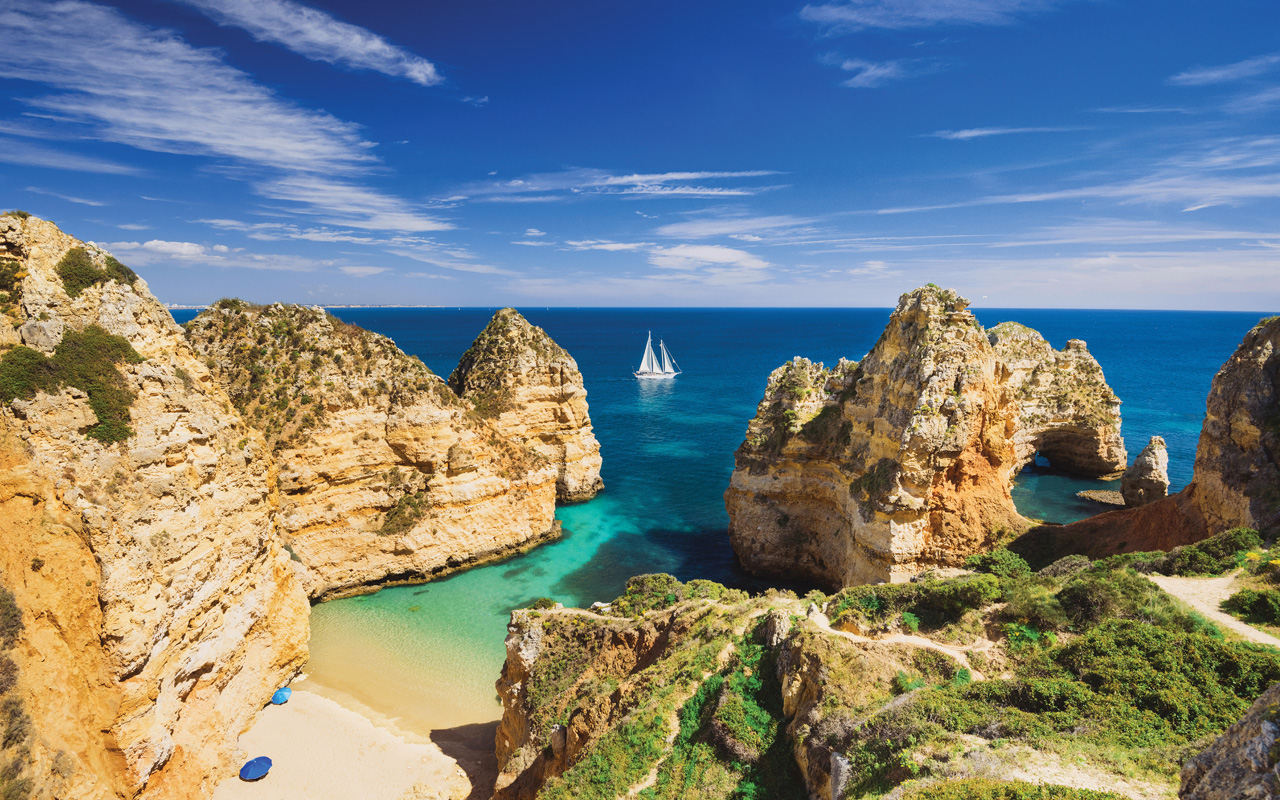 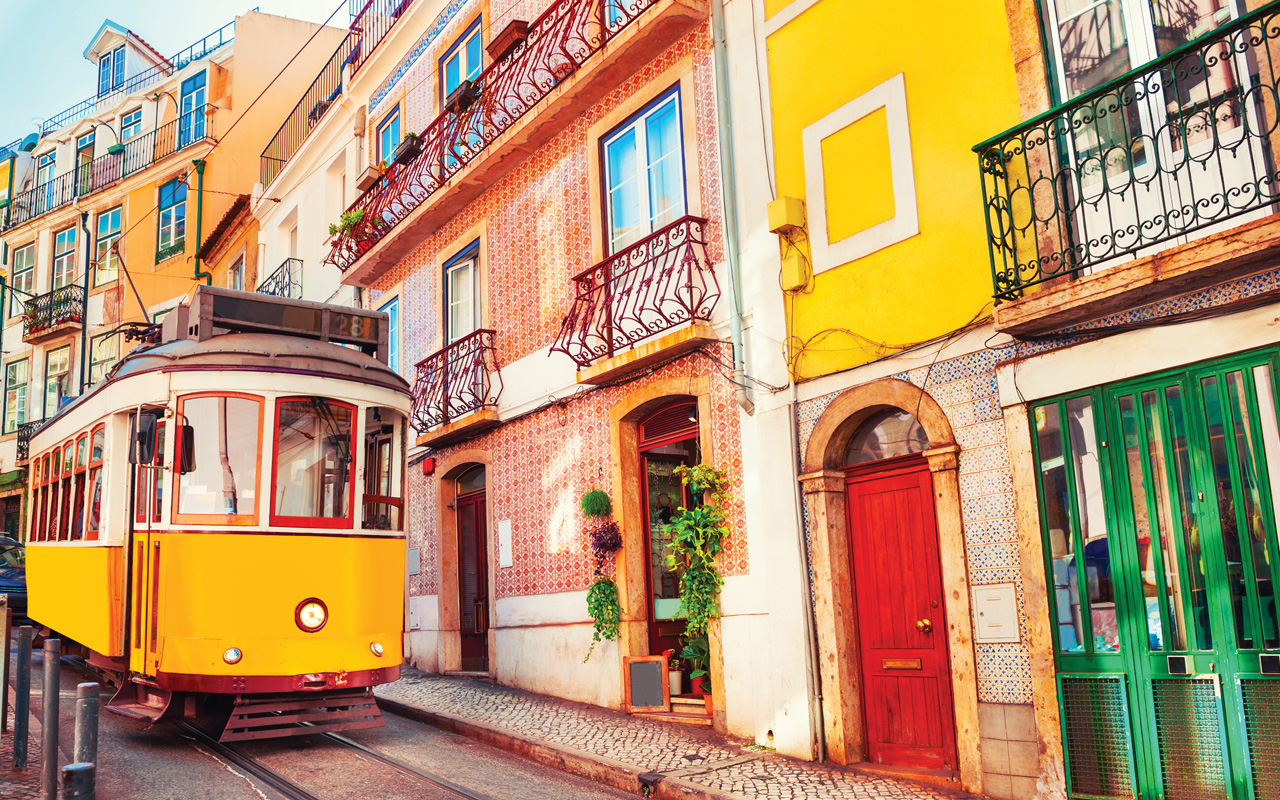 Yellow vintage tram on the street in Lisbon, Portugal