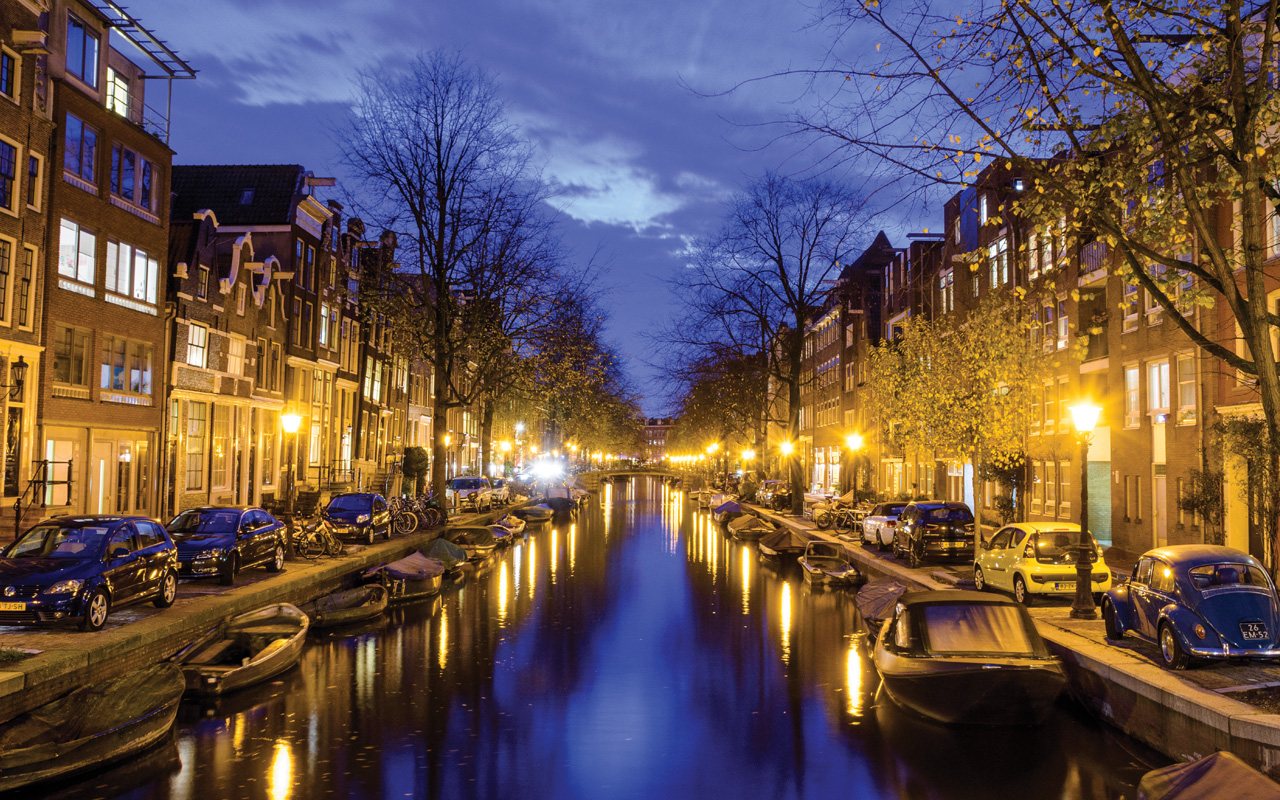 Amsterdam, the Netherlands’ capital, is known for its artistic heritage, elaborate canal system, and narrow houses with gabled facades, legacies of the city’s 17th-century Golden Age. Its Museum District houses the Van Gogh Museum, works by Rembrandt and Vermeer at the Rijksmuseum, and modern art at the Stedelijk. Cycling is key to the city’s character, and there are numerous bike paths.

Amsterdam is a city for all seasons. Come wind, rain, snow or shine, there’s always something to do and see. But never is Amsterdam more alive than in the summer, when the city’s streets, canals and parks transform into a buzzing kaleidoscope of activity.

Amsterdam doesn’t hold back when it comes to celebrating street food. With festivals like ‘Taste of Amsterdam’, ‘Rollin Kitchens’ and ‘Kwaku’, the city lives by one policy alone: it’s never enough. Don’t miss the Bacchus festival if you love a good glass of wine – or tune out the heat with a tour of Amsterdam’s coolest ice cream spots. For a local touch, visit Amsterdam’s best markets for aged cheeses, fresh seafood and signature poffertjes that will leave you fed up… in a good way.

There are museums for every weather

It’s the perfect time of year to stroll through the Hortus Botanicus gardens or swing from the top of the A’DAM Tower. Catch a train to the Zaanse Schans or the sculpture garden of Singer Laren or seek refuge from the capricious Dutch weather in the Rijksmuseum. With the City Card in hand, you can bounce from one museum to the next hassle-free.

It’s the perfect time to be on the water

Whether it’s renting a boat or a SUP, there’s no better moment to enjoy the canals and rediscover the city from the water than the summer months. Borrow a kayak or two and sail under the bridges or cruise the canals at sunset as the summer breeze carries you down the Amstel.
You can listen to classical music on the canals

The Grachtenfestival is one of the jewels of the summer season, and definitely worth sticking around for! Ten days of classical music and jazz concerts welcome the audience right on the water in August. The tickets go fast but there’s no need to plan in advance: just show up and enjoy the music reaching down the street or rent a boat and linger on the sidelines for prime seats to the show.

You can go to the theatre in the park for free

From May to September, an open-air theatre in the middle of the Vondelpark hosts performances of dance, music, cabaret, comedy and children’s plays. It’s all free of charge.

You can lose track of time in the Amsterdam Forest

Grab a bike and discover the majesty of the Amsterdamse Bos where the possibilities stretch from tree-shadowed picnics to goat farms and lakeside cafés. Couples might want to seek refuge at the beach or the spa hotel Zuiver around the corner while families will delight in the adventure playgrounds and climbing park.

Most people come to Amsterdam for the lifestyle, but they come back for the art. It’s one of the most eclectic cities in Europe with some of the most diverse art collections to match. A quick stroll around will show you why this city has been considered a cultural hub for the street art scene for the last 40 years, and any visit to the art and history museums will immediately show you why its been a fine art center for much, much longer than that. Here are some museums and galleries to add to your itinerary:

The Rijksmuseum holds over a million artworks that span the course of the Middle Ages to present day. Its collection is so vast it’s often compared to NYC’s Met Museum. Some of the great artists on display include Frans Hals, Rembrandt, Johannes Vermeer and Van Gogh.

Rembrandt House Museum: Known for his knack with painting emotions, Rembrandt’s work consists of portraiture, narrative paintings (that often have biblical subjects), and landscapes. The Rembrandt House Museum gives art lovers a chance to visit his actual home and workshop, now turned museum, that lies right in the heart of Amsterdam.

Van Gogh Museum: Home to the largest collection of artwork by Van Gogh.

Anne Frank House: The collection of writings chronicles the everyday life and thoughts of the young Dutch Jewish girl who lived in hiding in the annex at Prinsengracht 263.

Beyond the cultural aspects of Amsterdam, it’s a leading city in economy of agriculture, and climate-friendly practices. The tulips are magnificent, the city is vibrant and inclusive, and you might even catch a glimpse of the Dutch people’s much-loved royal couple, King Willem Alexander and Queen Maxima. 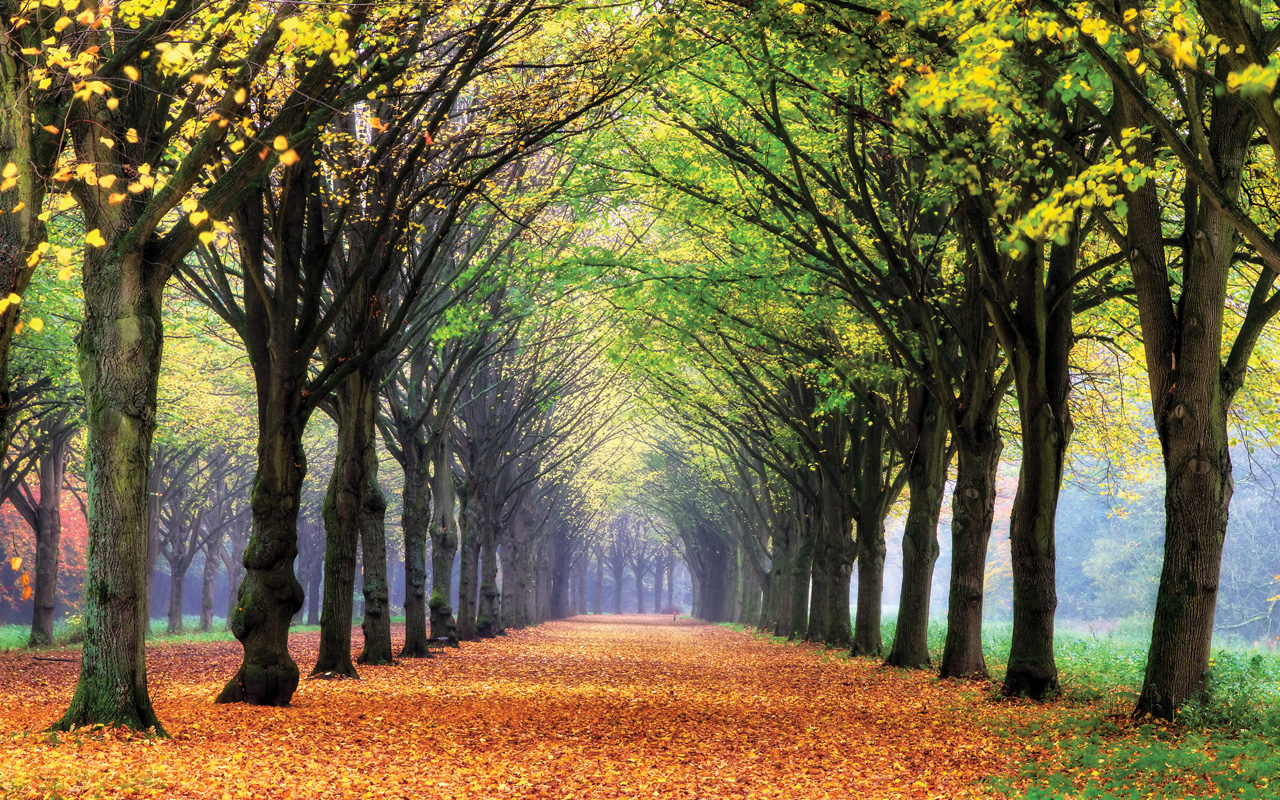 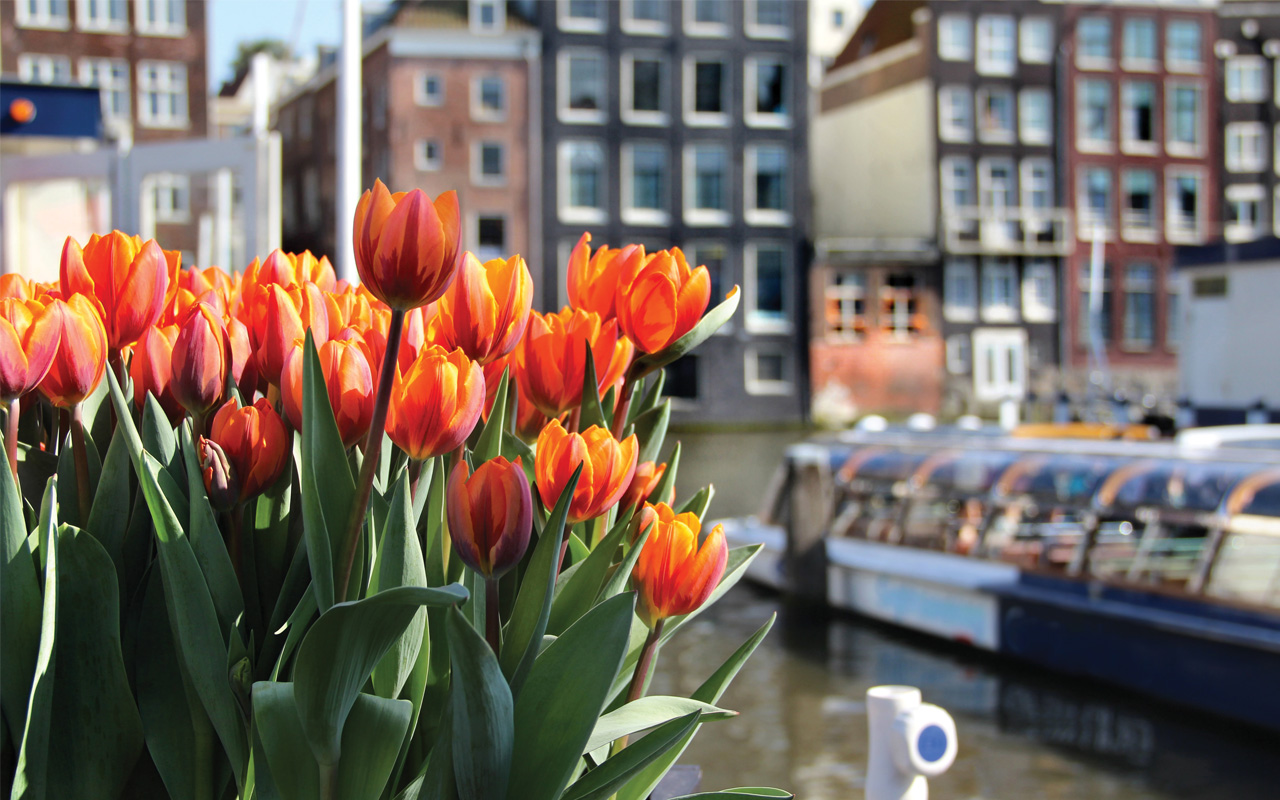 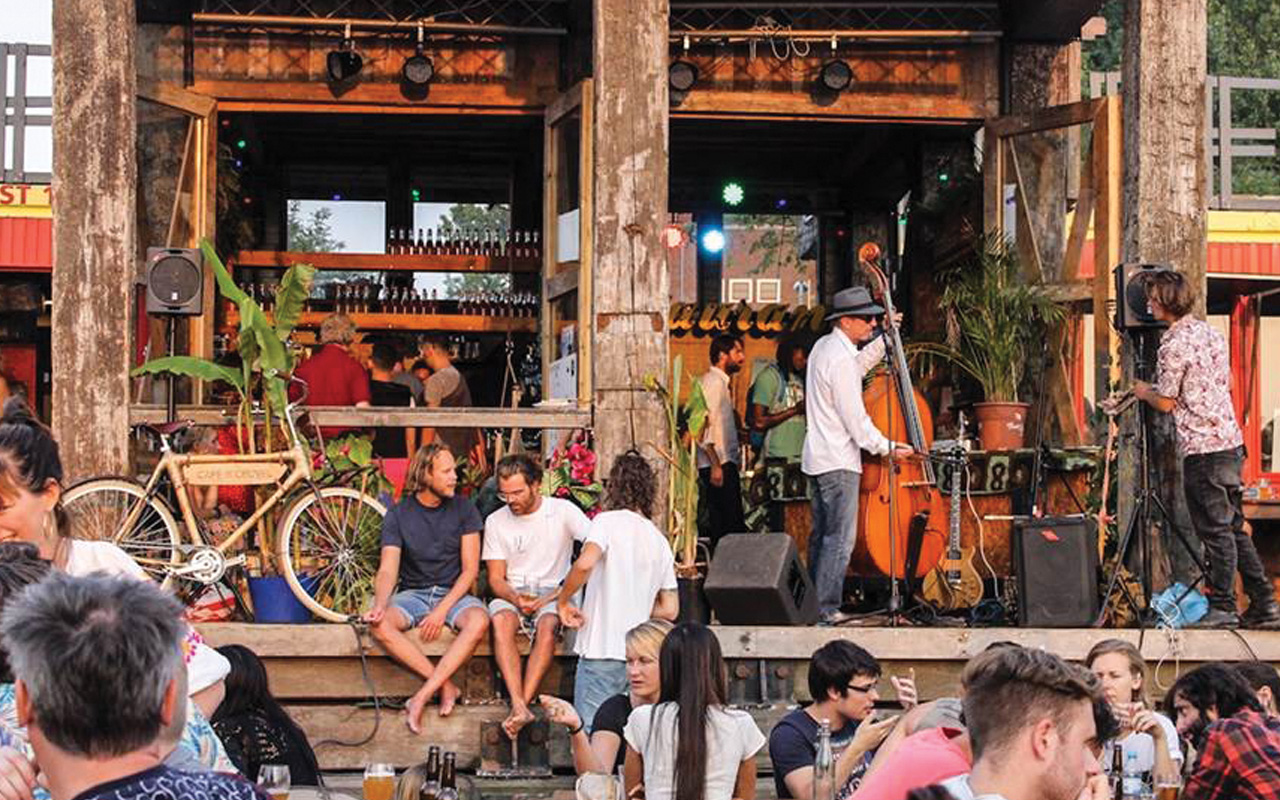 Alfresco drinking and dining in Amsterdam 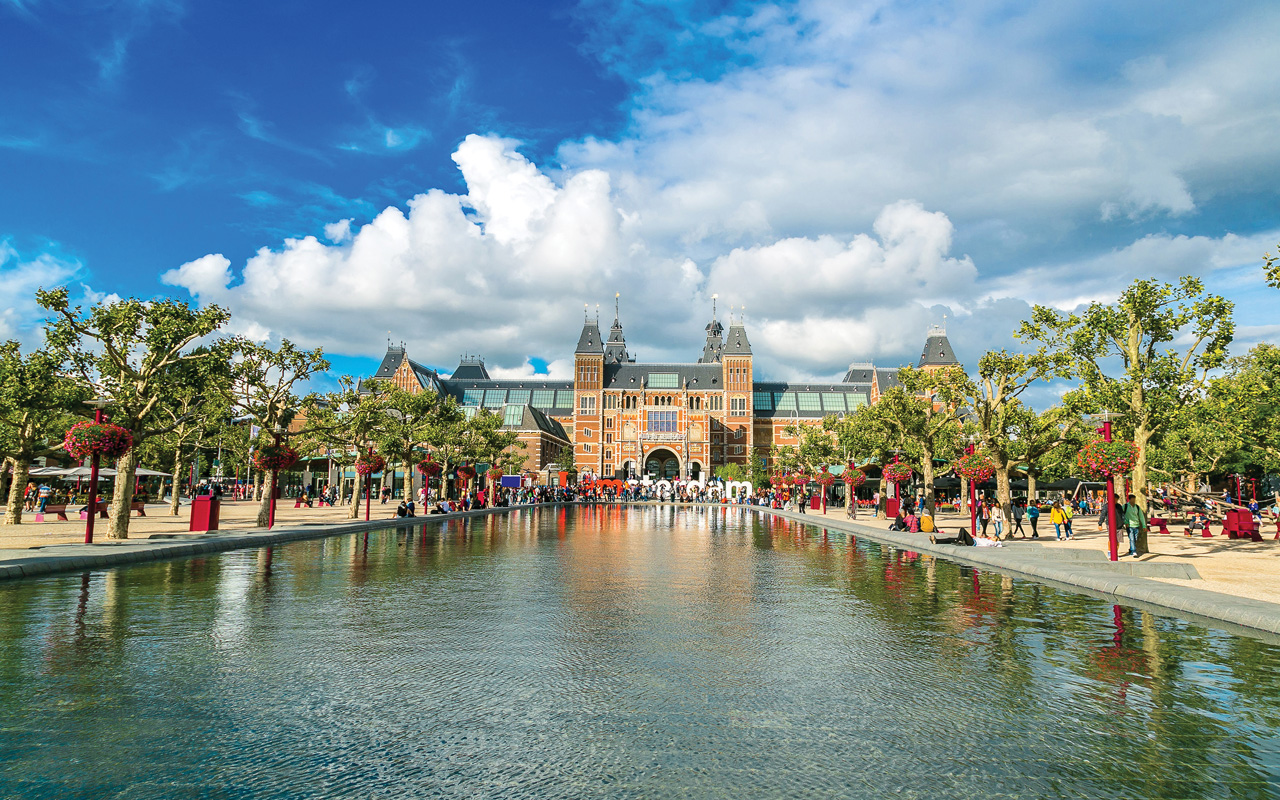