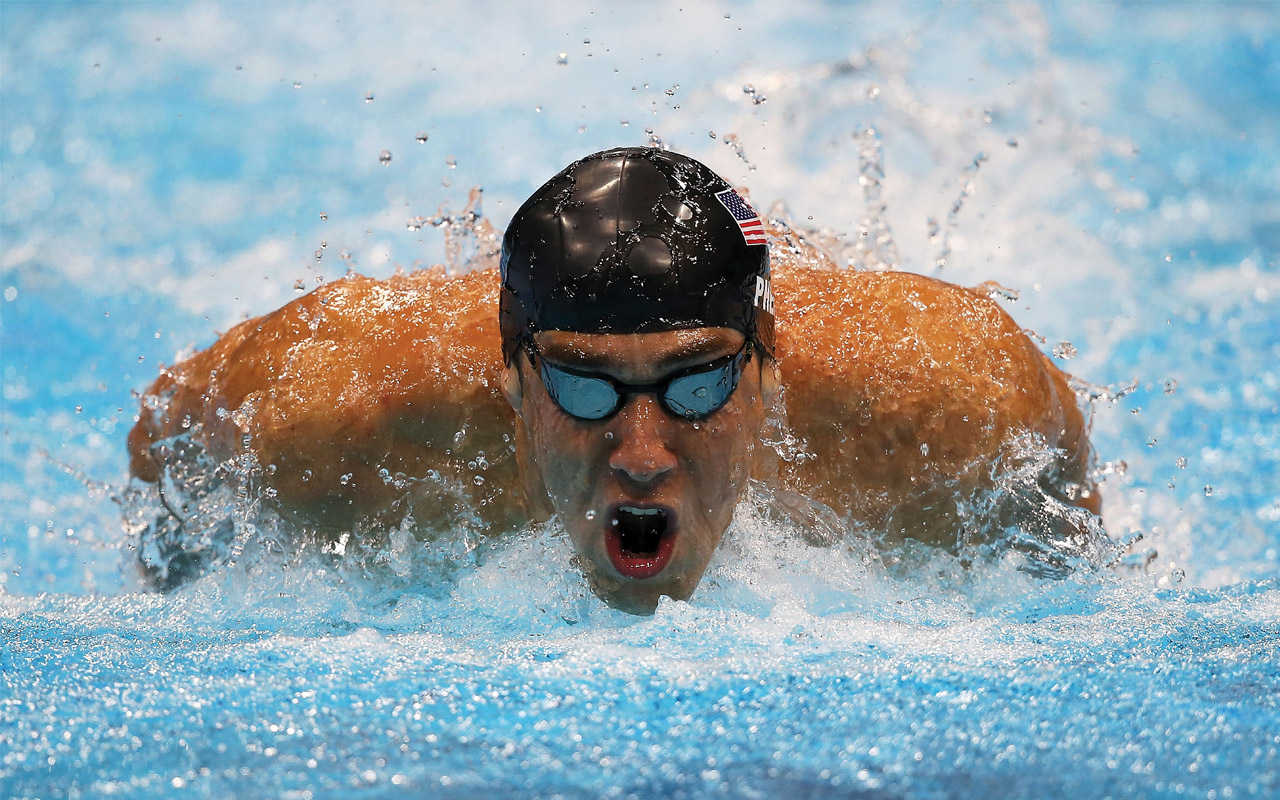 Greatest Olympian of All Time

“You can’t put a limit on anything. The more you dream, the farther you’ll go.” ~ Michael Phelps

The swimming icon’s career all began in Baltimore, Maryland with coach and mentor, Bob Bowman, the man who would go on to play a pivotal role in his life. Michael recounts that decision as one of the smartest choices he ever made – even if Bob sometimes seemed like a “drill sergeant”. By 1999 at just 14 years old, Michael made the USA National B team, and the following year – he was the youngest swimmer to turn professional. Over the next 16 years, his astounding abilities captivated the world.

After competing in the Sydney 2000 Olympics, Michael went on to break a world record in the 200-meter butterfly at the 2001 World Championship trials. By the time the 2008 Beijing Olympics came around, he made history as the only athlete to have ever won eight Olympic Gold Medals in a single Olympics – thus surpassing Mark Spitz’s long-held record. That wasn’t Michael’s only feat in Beijing. He toppled world records in almost every race he torpedoed through.

At the 2012 London Olympics, Michael won four gold medals and two silvers. By the end of that, he was burned out, and made the decision to retire. A combination of factors produced his critically-timed come-back – in time for the 2016 Rio Olympics in which he stunned the world with never-before-seen goal accomplishments. It was in Rio that Michael notched up another five gold medals and two silver medals – and in so doing – helped Team USA attain 33 medals in swimming. This made him the most successful Olympic athlete for the 4th consecutive Olympic Games.

Another triumph for Michael in Rio was winning back the gold medal for the 200-meter butterfly, which he narrowly lost to South Africa’s Chad le Close in London 2012. 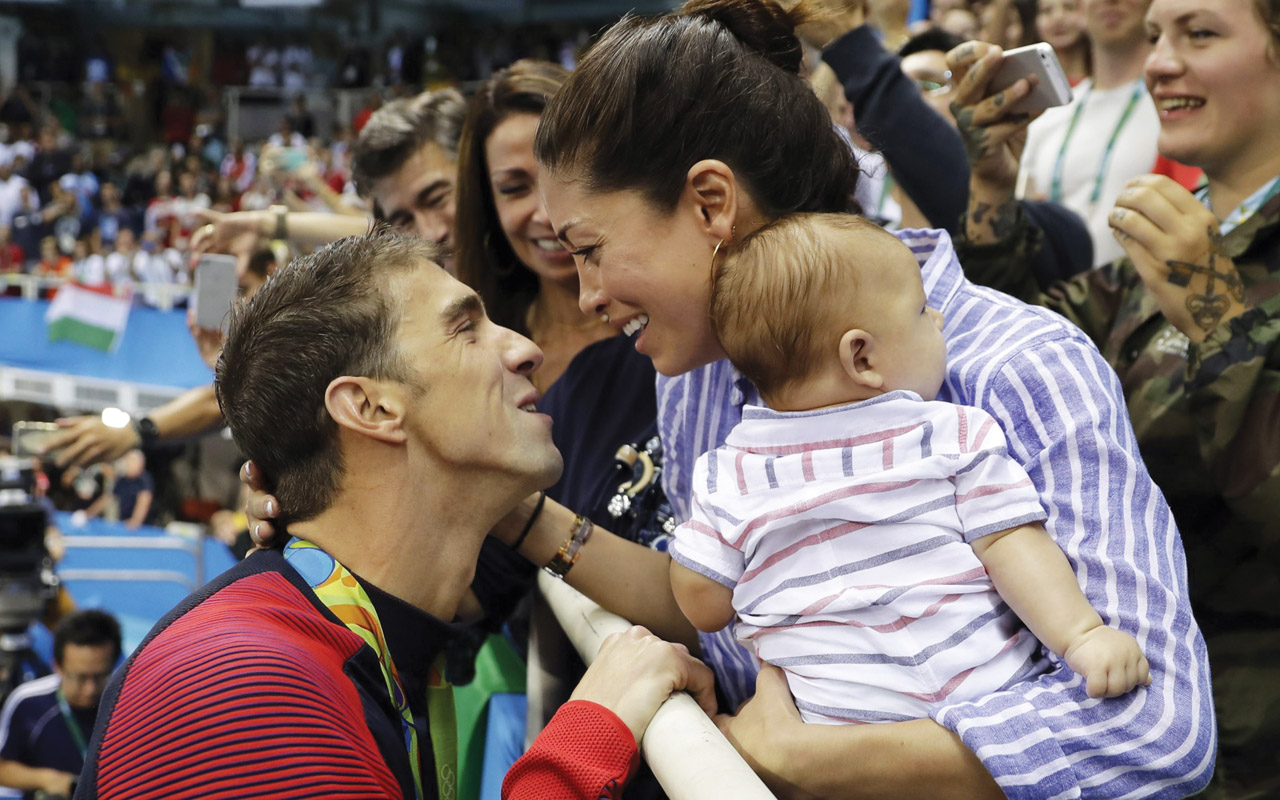 Michael, fiancé Nicole and Boomer at the 2016 Rio Olympics

Without this physical and mental component, Michael would never have achieved the heights he did. His talent and physical capabilities were the foundations upon which to build.

“Winning back the 200-meter butterfly was something I really wanted to accomplish,” he said.

In speaking with NBC’s Bob Costas at the conclusion of Rio, Michael said, “Where I am now is exactly how I wanted to finish. I was able to come back (here in Rio) and do the things I wanted to accomplish.”

THE PHYSICAL AND MENTAL COMMITMENT

The tributary towards this history-making triumph was far from easy. In order to reach the fitness levels required for his super-human achievements, Michael covered the equivalent of 50 miles (approximately 30,000 meters) in the pool each week. A lot of the training was focused on drills, underwater capacity, developing aerobic fitness, vertical kicking, and sculling. His attention to detail was intense, and his commitment to his goals was all consuming. Altitude training formed an important component of his diverse preparation.

Michael’s mental strength was another critical component: there are few people with his degree of laser-sharp focus, discipline and determination. He’s quite literally a motivational machine. Talent has to be combined with a work ethic and mental resilience second to none. Bob Bowman describes his protégé as a “solitary man with a rigid focus at the pool, but a caring, kind-hearted and invested man in his personal life.”

Without this physical and mental component, Michael would never have achieved the heights he did. His talent and physical capabilities were the foundations upon which to build. 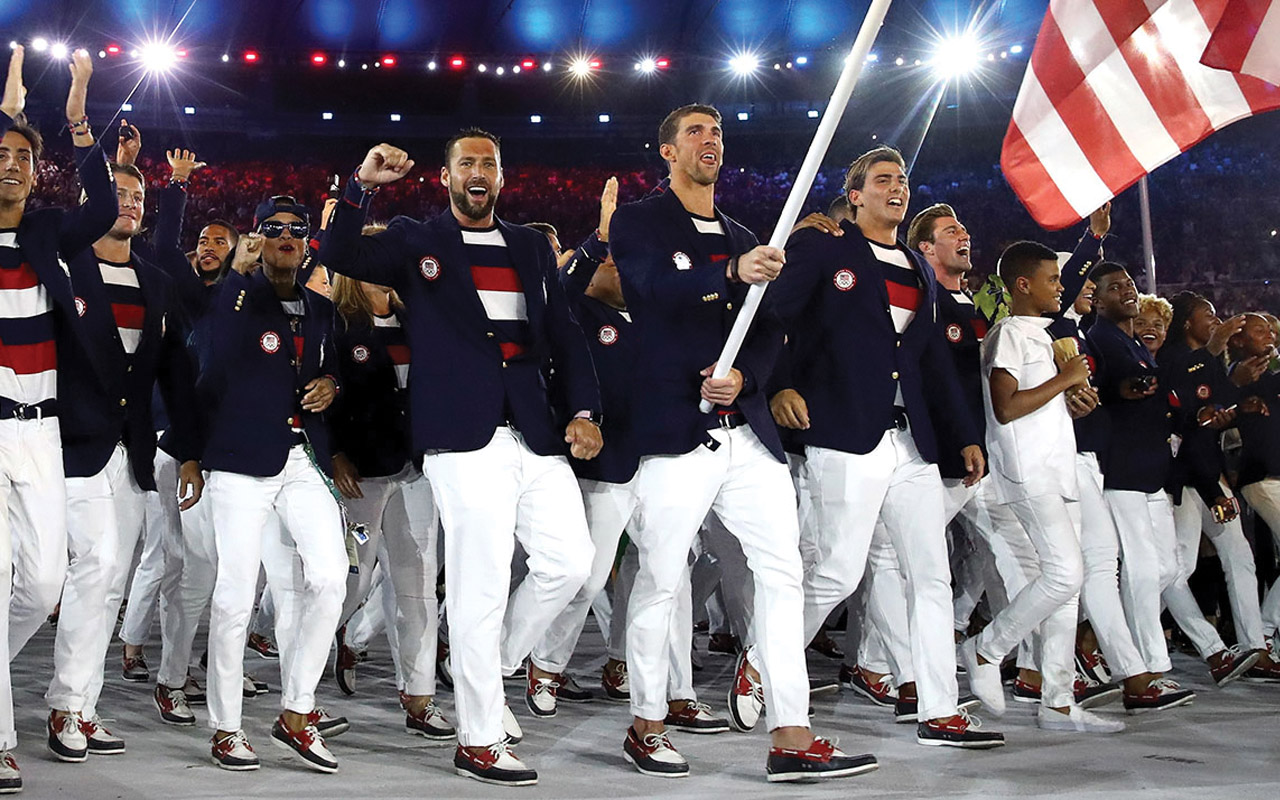 • A remarkably long torso. It’s like the hull of a boat. It allows him to ride high on the water with minimum drag or resistance

• Double-jointed knees and pliable ankles attached to size 14 feet – help him undulate like a dolphin. Rubber-banded flexibility in his ankles, knees, elbows and shoulder joints

• Flexible shoulders and elbows that allow for powerful, rhythmic, extended reaches in strokes

Michael’s emotionalism at the last 2016 Rio Olympics gave us some insight into the enormous sacrifices he’s made lifelong. Just before swimming his final race on the last night in Rio, Michael candidly admitted to tearing up just before his warm-up.

“I started to tear up just before I put on my goggles because I knew this was it! Just thinking about everything that has happened throughout these 24 years of the sport. I’m proud of how I finished. The emotions took over me and I think you saw that at the medal ceremony. Nicole and I lay in bed that night trying to wrap our heads around the 28 medals. I woke Boomer up because I wanted to hold my son. It was the best closure I could possibly imagine.”

Since 2016, Michael’s contributions to the world have been extensive with the Michael Phelps Foundation (the details of which are in this issue’s Cover Story) and his advocacy on mental health. In 2020 Michael served as an Executive Producer and featured talent in the HBO documentary The Weight of Gold, which explores the mental health challenges Olympic athletes often face. It has been nominated for a Sports Emmy Award. Additionally, he has published two autobiographies – No Limits: The Will to Succeed and Beneath the Surface – that were New York Times and USA Today bestsellers.