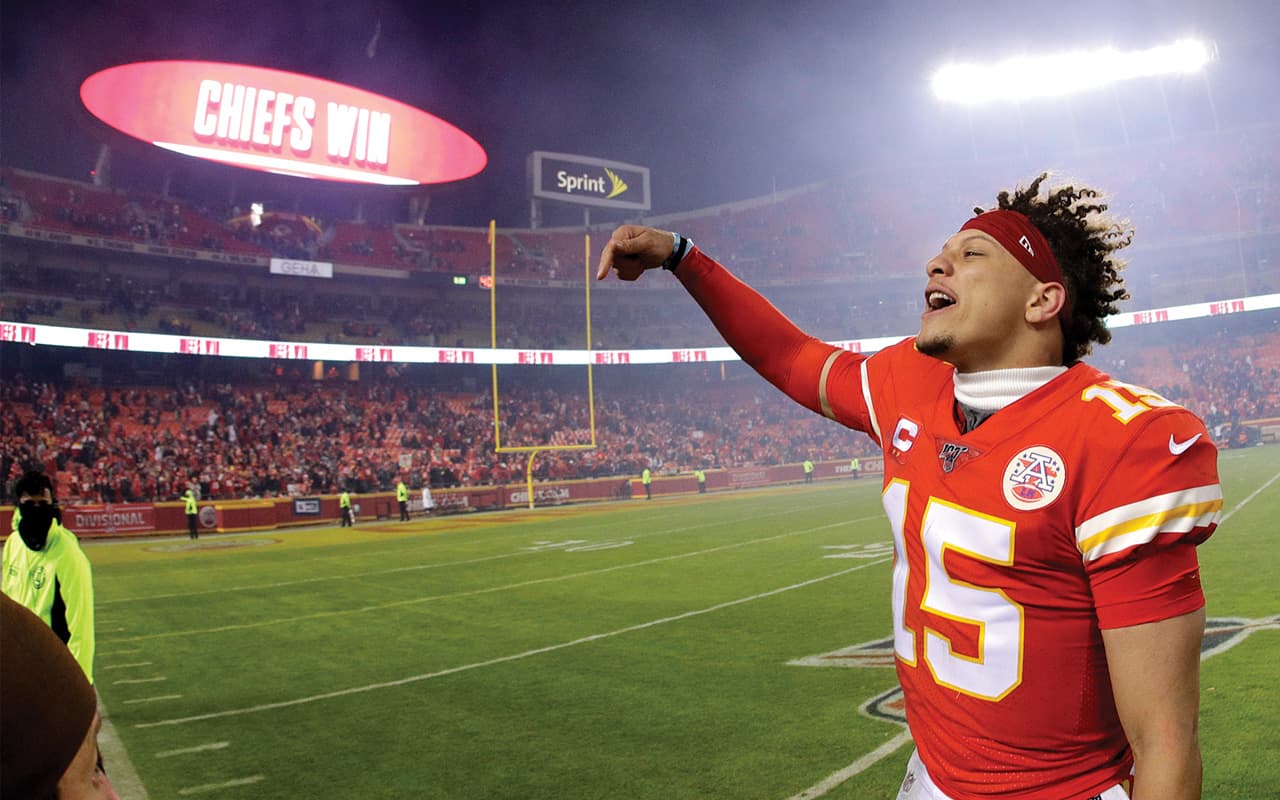 The year 2020 brought us the start of a new decade. The transition into a new year always comes with its uncertainties and expectations, but no one could have anticipated what the beginning of this decade had in store for us. Issue after issue arose, each changing the American landscape in unique ways, but none had a greater impact on our everyday lives than the spread of Covid-19. In addition to the health effects that so many families battled, adjusting to life in a global pandemic brought us a “new normal.” Ideas such as “quarantine” and “social distance” have changed the way we live and interact with each other. In the midst of all this change and uncertainty, there is a huge need for Americans to escape the day-to-day stress and unite. The one thing that has always provided an outlet of relief for us is sports, but just like all other aspects of our lives, the business of sports was dramatically altered with the spread of Covid-19.

As the world ground to a halt in March, so did the world of sports. In America, professional basketball and baseball, which were both in the midst of their seasons, had to put everything on pause. Months went by without any news on a plan for sports to return to our lives. Finally, in the middle of summer, the NBA and MLB announced they would finish their seasons but with some major changes. The most drastic took place in the NBA, which created a “bubble” in Orlando for the remainder of the season. All games took place at Walt Disney world, and strict restrictions and protocols for people entering the bubble were put into place. Their model proved to be very successful as there were zero positive tests for Covid-19 for any players or staff. 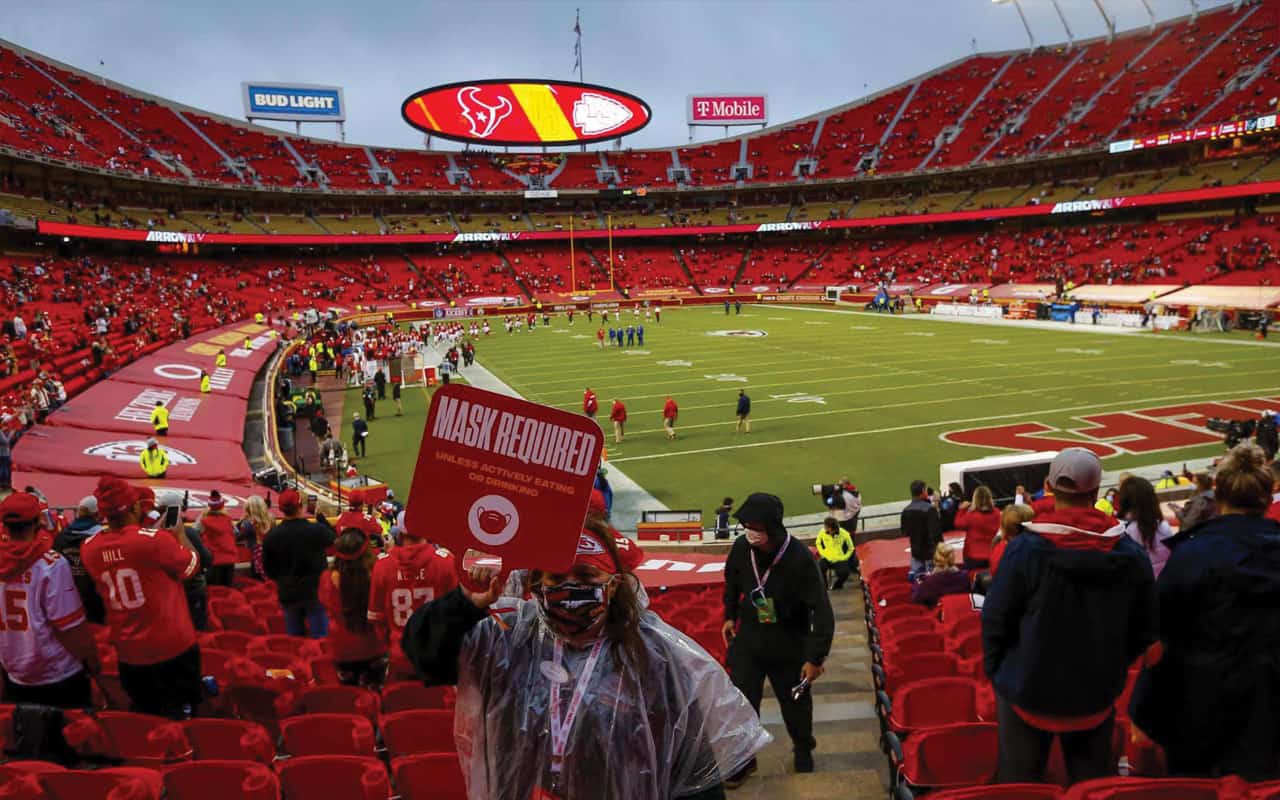 The beginning of Fall is synonymous with America’s most popular sport – football. And while basketball and baseball provided the National Football League with some valuable ideas to create a safe season, the size and numbers of professional football made them hard to duplicate.

The beginning of Fall is synonymous with America’s most popular sport – football. And while basketball and baseball provided the National Football League with some valuable ideas to create a safe season, the size and numbers of professional football made them hard to duplicate. The NFL scrapped all offseason practice and workouts (which typically start in May). Instead, players and coaches had to have all their meetings and discussions virtually. This posed a big challenge for teams as so much of what goes into a successful year comes from the preparation in the months leading up to the season. Teams with first-year coaches were at an even bigger disadvantage because – with a new coach comes a new playbook – and with no offseason field time, those teams didn’t have the extra time to rehearse their new plays.

After a couple months of meeting only through a computer screen, a plan was put into place to get teams on the field. Starting in the last week of July, it was decided that the teams would be able to convene at their facilities, and begin an abbreviated training camp. However, many players voiced reasonable concerns about holding a season during the corona pandemic. In response to this, the NFL created an option for players to opt out of the season, and collect a stipend of either $150,000 for normal risk athletes or $350,000 for athletes deemed “higher-risk.” Over the several weeks leading up to training camp, the NFL saw over 60 players opt out of the 2020 season. Almost every team had players opt out, none more than the New England Patriots, who saw eight of their players choose to sit out due to health concerns. Losing key contributors and filling their voids was yet another challenge that teams had to confront.

The start of in-person meetings and practices brought about a new set of problems for the NFL. The huge number of players and staff made it impossible to create a single location bubble for the entire league, but practices were implemented to make their facilities as safe an environment as possible. Testing took place everyday at the facilities, and every player was given a contact tracing bracelet which showed who they came in contact within a given day.

Training camps went by fairly smoothly without any reported outbreaks for any of the 32 teams. To limit travel, preseason games were canceled, which was a lost opportunity for not only the teams, but individual players. These preseason games give a handful of players – that are on the fringe of making the teams – meaningful opportunities to prove themselves in a game situation before final rosters are set. Eliminating these games limited the exposure for especially the younger players who could turn a few heads in the preseason. 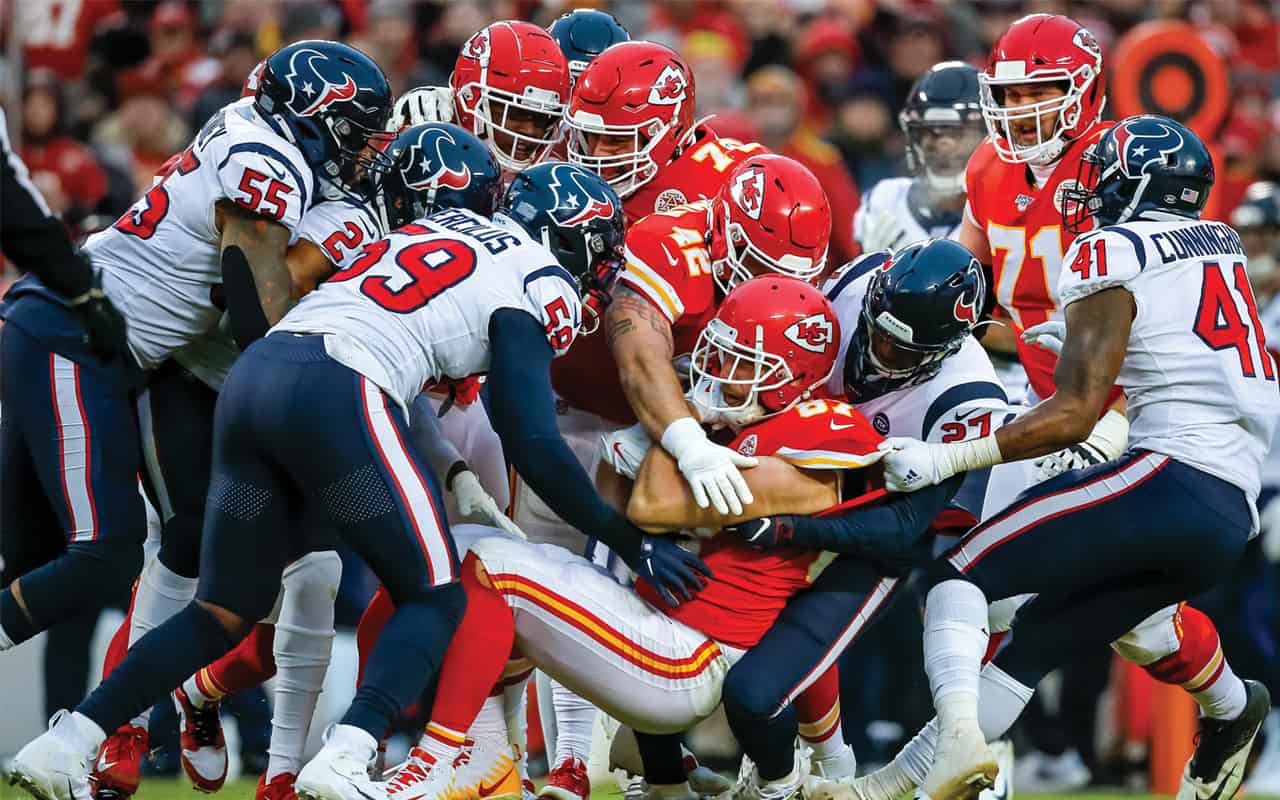 On September 10th the first game of the 2020 season kicked off with the Houston Texans visiting the Kansas City Chiefs. In a typical season, Arrowhead Stadium (known as one of the loudest in the NFL), would have been packed with screaming fans supporting their Super Bowl Champion Chiefs. However, this year, things looked and sounded a lot different. Only a capacity of 20% was allowed for this matchup, which was actually more than most stadiums across the league saw for their opening week. Like most sports, homefield advantage is a very real thing, but especially in the NFL where crowd noise can affect the way players hear play calls and the sound of the quarterback hiking the ball. The limited crowds expected for the 2020 season neutralize that advantage for the home team.

The first few weeks of the year seemed to be going smoothly despite all the alterations to the normal procedure of a football season. However, following the third week, the first major obstacle arose. It was reported that the Tennessee Titans had an outbreak of the coronavirus and were forced to shut down their facilities. After a few days of deliberation, it was decided that their fourth game would be postponed to later in the season. After this first incident in Tennessee, cases started popping up across the league. Games that involved teams with positive cases were postponed until all cases were discovered and isolated. This led to a complete overhaul in re-scheduling of games that we’ve never experienced before. We have seen double headers played on Monday night and even a game on Tuesday. Of all the key players to come down with Covid-19, perhaps none had a greater impact than the New England Patriots’ quarterback Cam Newton. There was already great uncertainty facing the Patriots as it was the first season in almost two decades that they would be without Tom Brady at quarterback. But to have to take the field without their new starter Cam Newton threw even more adversity their way.

We are a little over two months into the 2020 NFL season and we have already seen many unprecedented changes across the league – and we are sure to see more. From empty stadiums, to our favorite players missing games, the NFL has had to adjust and make do with the circumstances at hand. Finding success in the NFL this season will require teams not only managing their opponent each week, but also finding a way to stay cohesive through all the adversity Covid-19 presents through the rest of the season. What is happening in the NFL in this new decade reflects the complexity of all the challenges facing our entire nation – and the world at large. People have had to make changes – fast – while adapting and fighting to find a way to make their lives work in our “new normal.”

And although these hard times have shown us that human lives and families are more important than professional sports, there is something to be said about how professional sport helps ease our stress levels. We can only hope that as we navigate our “new normal”, the spread of Covid-19 cases is contained so that we can all enjoy the benefits of watching our favorite players in the NFL – fight on. 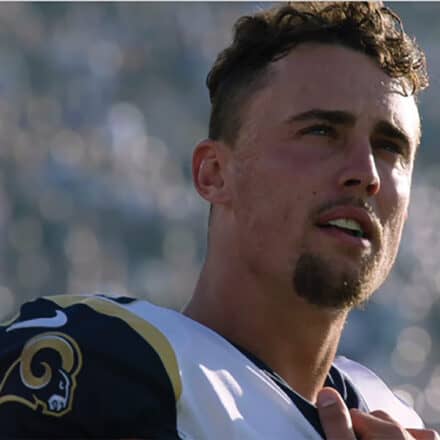 Nelson Spruce played wide receiver for the Los Angeles Rams of the National Football League (NFL). He played college football at he University of Colorado and attended Westlake High School. After redshirting his freshman season at the University of Colorado, Spruce led the Buffaloes in receptions (44) and receiving yards (446) his freshman season and proceeded to rack up 55 catches for 650 receiving yards his sophomore season. His breakthrough came during his junior season in 2014 when he set 31 school records as well as a Pac-12 record for receptions in a game with 19 versus California. During his senior season in 2015, Spruce broke the all-time Pac-12 receptions record in a game versus UCLA. During his time at Colorado, he set or tied 43 school or conference records.