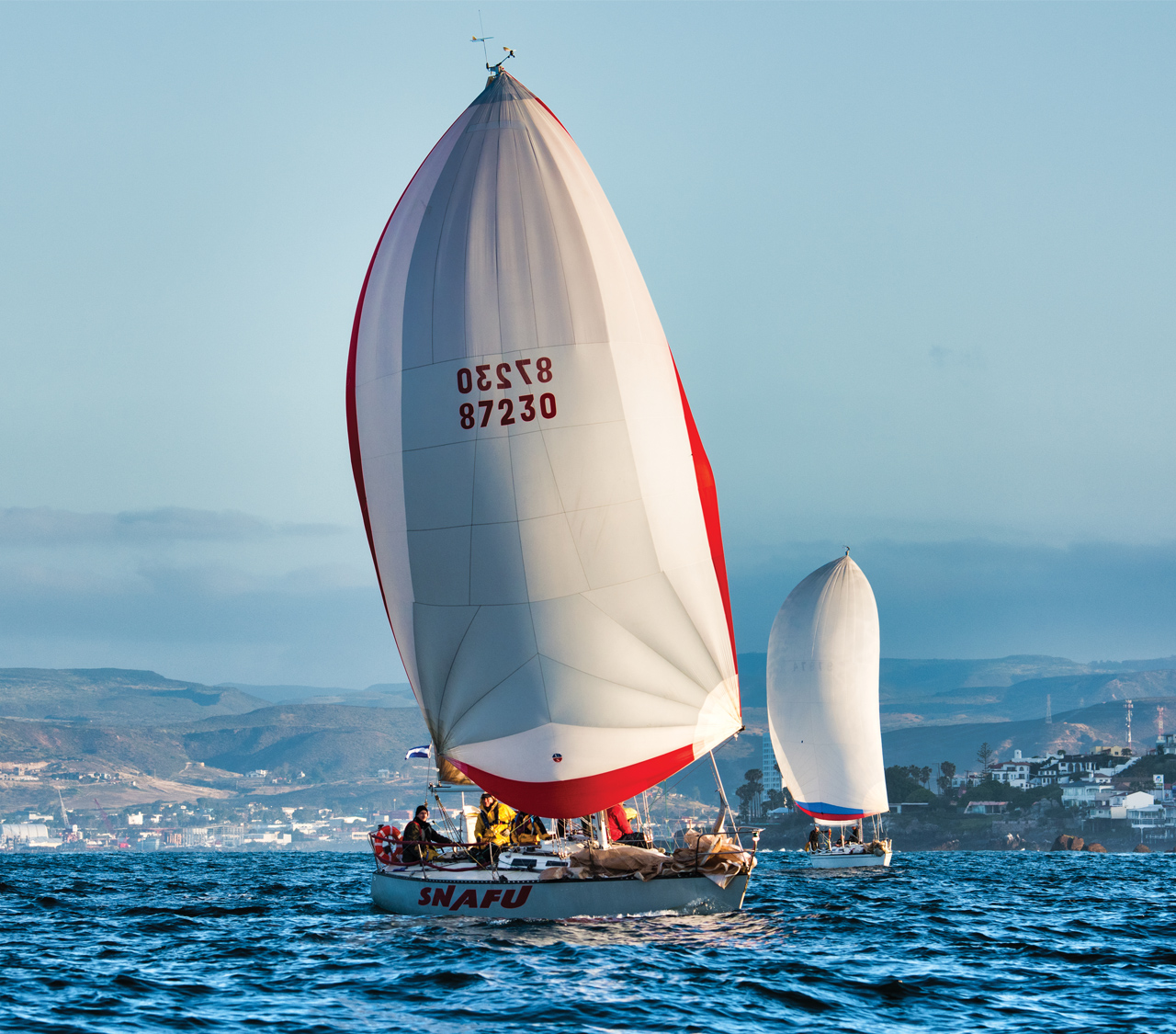 Hosted by the Newport Ocean Sailing Association (NOSA.org), the iconic Newport to Ensenada International Yacht Race (N2E) is an eclectic mix of serious sailors campaigning million-dollar yachts – racing alongside recreational cruisers in an effort to break records, win one of more than 40 trophies, and participate in this historical race known for its camaraderie and the promotion of the sport of ocean sailing.

First run in 1948, the N2E has become a time-honored event for Newport Beach, the City of Ensenada, and sailing enthusiasts who come from all parts of the world to compete. In recent years, great winds have tested and challenged the skills of crews, many of who only sail overnight on this race.

After having to cancel the race in 2020 due to uncertainties in the early months of the Covid-19 pandemic, April 23 -25, 2021 saw the much-welcomed return of the race with three courses: the classic 125-nm race to Mexico, a longer race to San Diego, and the sprint course to Dana Point. With the Mexican Navy offering landing assistance, sailors were able to safely disembark and enjoy Ensenada.

“The race is about opportunities, the journey, and friendships,” said NOSA spokesperson, John Sangmeister. “Sailing is a great joy that we get to share in beautiful Southern California,” he said as he wished the competitors a fun, exciting, and safe race.

Jerry Fiat’s last attempt at Ensenada was in an AC45, a former Oracle training boat. This year, he returned with a Farrier 32SRX folding trimaran with renowned sailor, yacht designer Pete Melvin aboard. Melvin won N2E in 2014 aboard the 30-foot multihull Mama Tried.

Roy Disney’s new Pyewacket, a Volvo70 that just broke a race record to Cabo San Lucas, made its N2E debut.

4U, a 16-foot RS Venture also made its race debut. Not a stranger to the Newport Harbor, the boat’s specially designed seating accommodates sailors with disabilities. Peter Phillips from Challenged Sailors San Diego was part of the crew.

The Storm Trysail Club of New York offered a trophy for the best team effort. Three boats (only two in the same class) won.

The story of this 2021 race was a bit of a David vs. Goliath with the new Pyewacket, a Volvo70; a highly technically-advanced ocean racing boat being chased by a 2012 32-foot folding Farrier trimaran. So very different. Pyewacket is owned by Roy Pat Disney, whose family has a long and esteemed history of yacht racing.

The smaller multihull boat, however, was sailed by a leading yacht designer, a naval architect, and a helmsman for one of the fun monster trimarans. Goes to show the power of teamwork – coupled with expertise and experience. Like any sport, teamwork is the crucial element to winning. 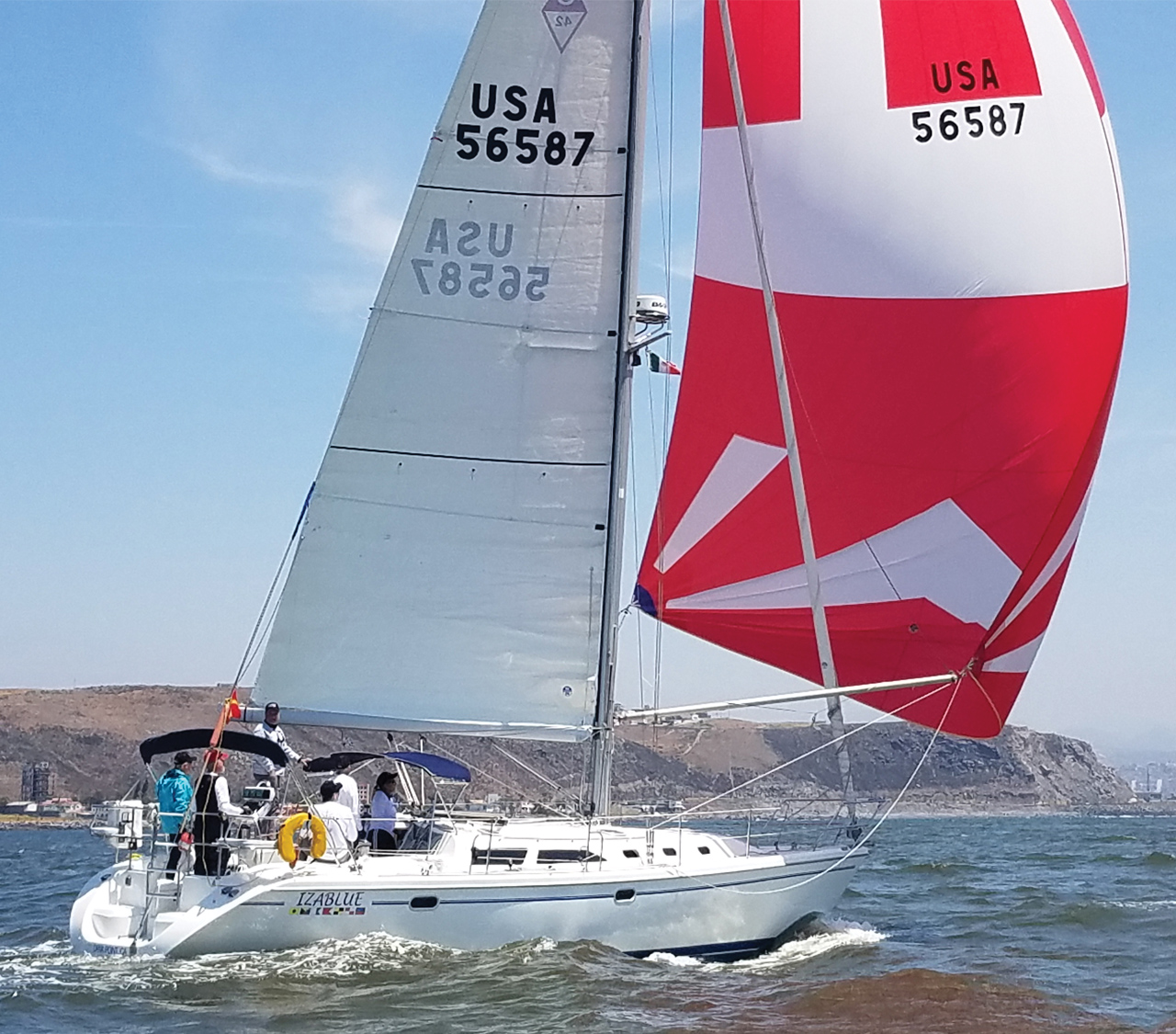 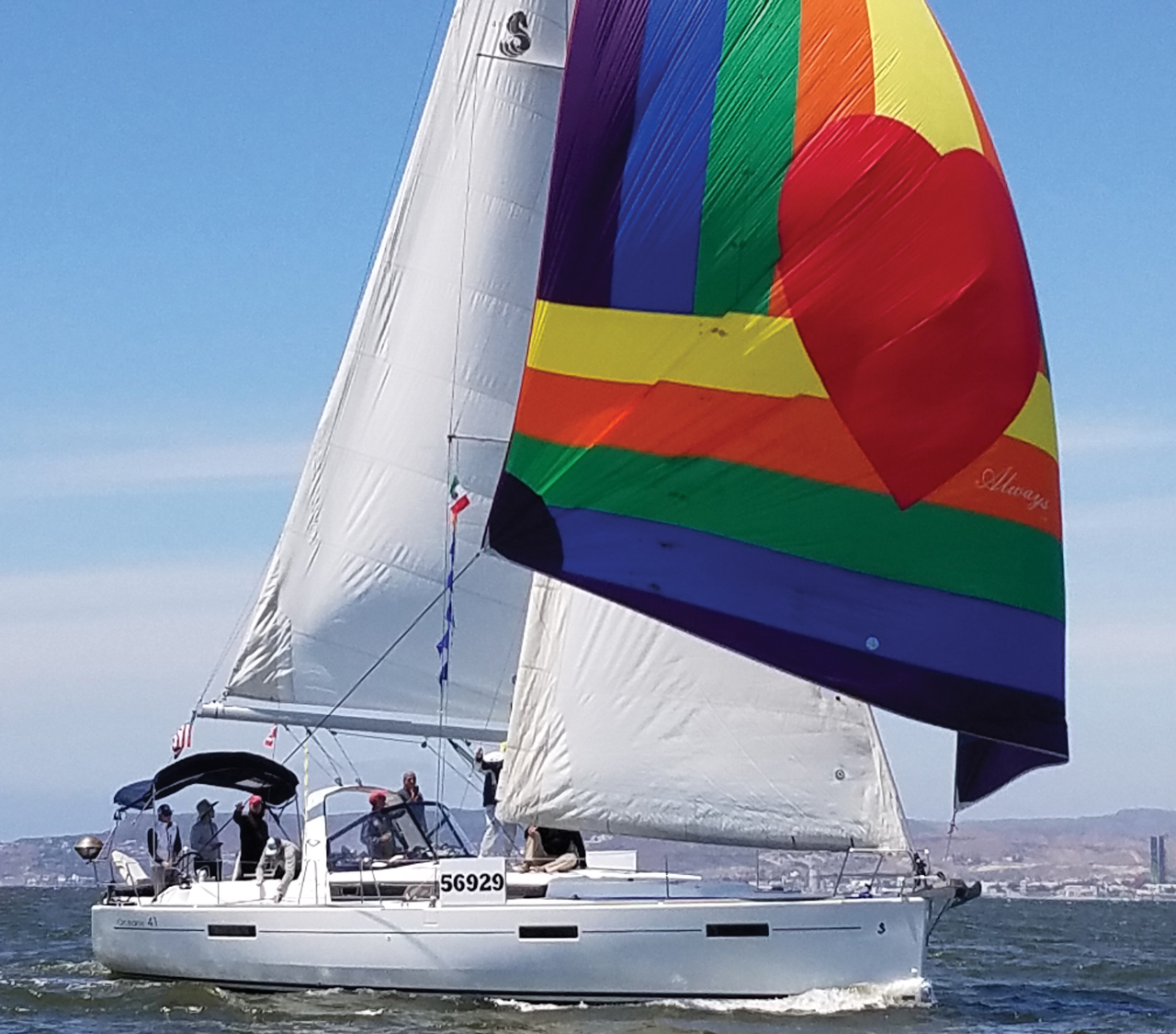 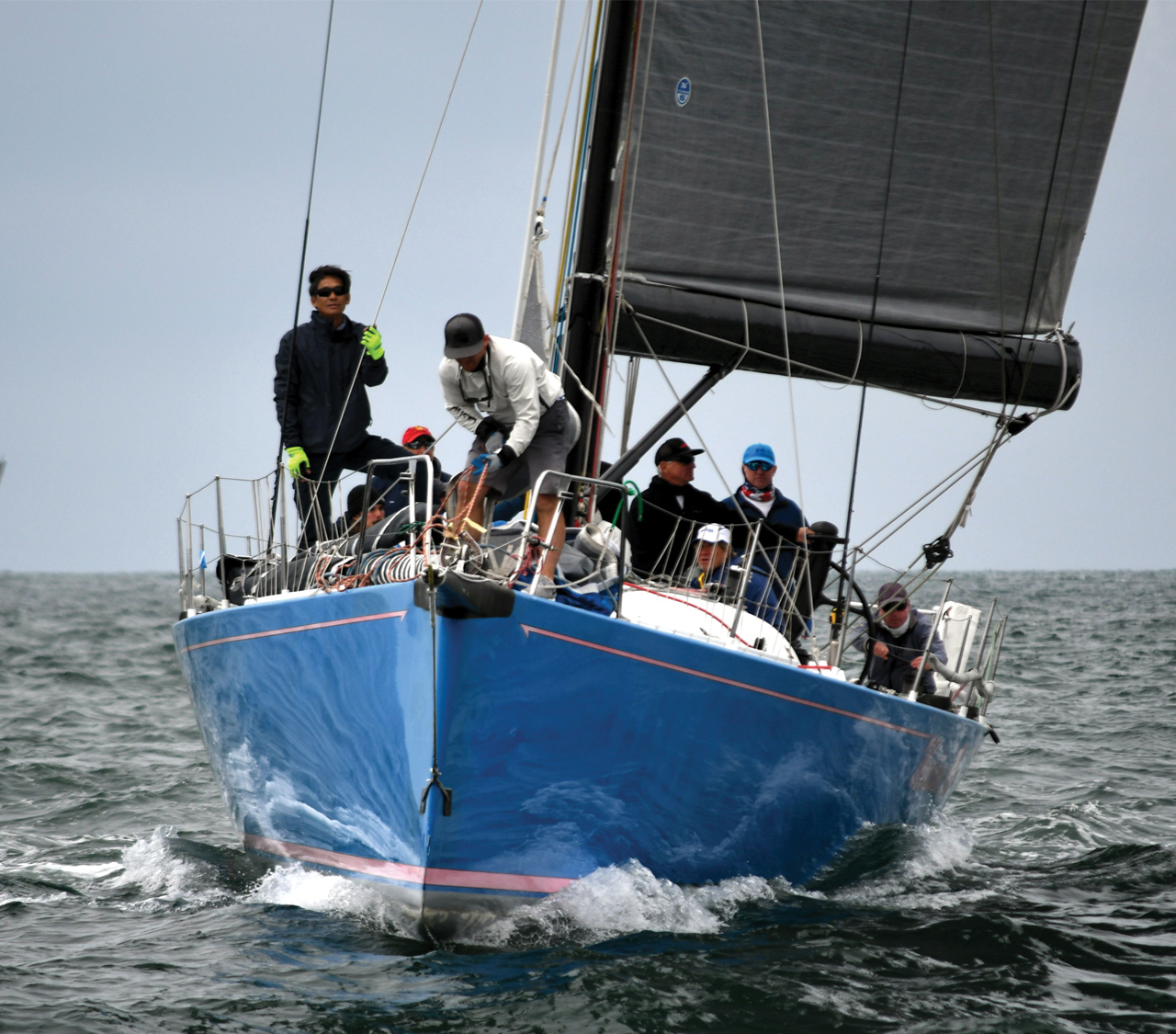 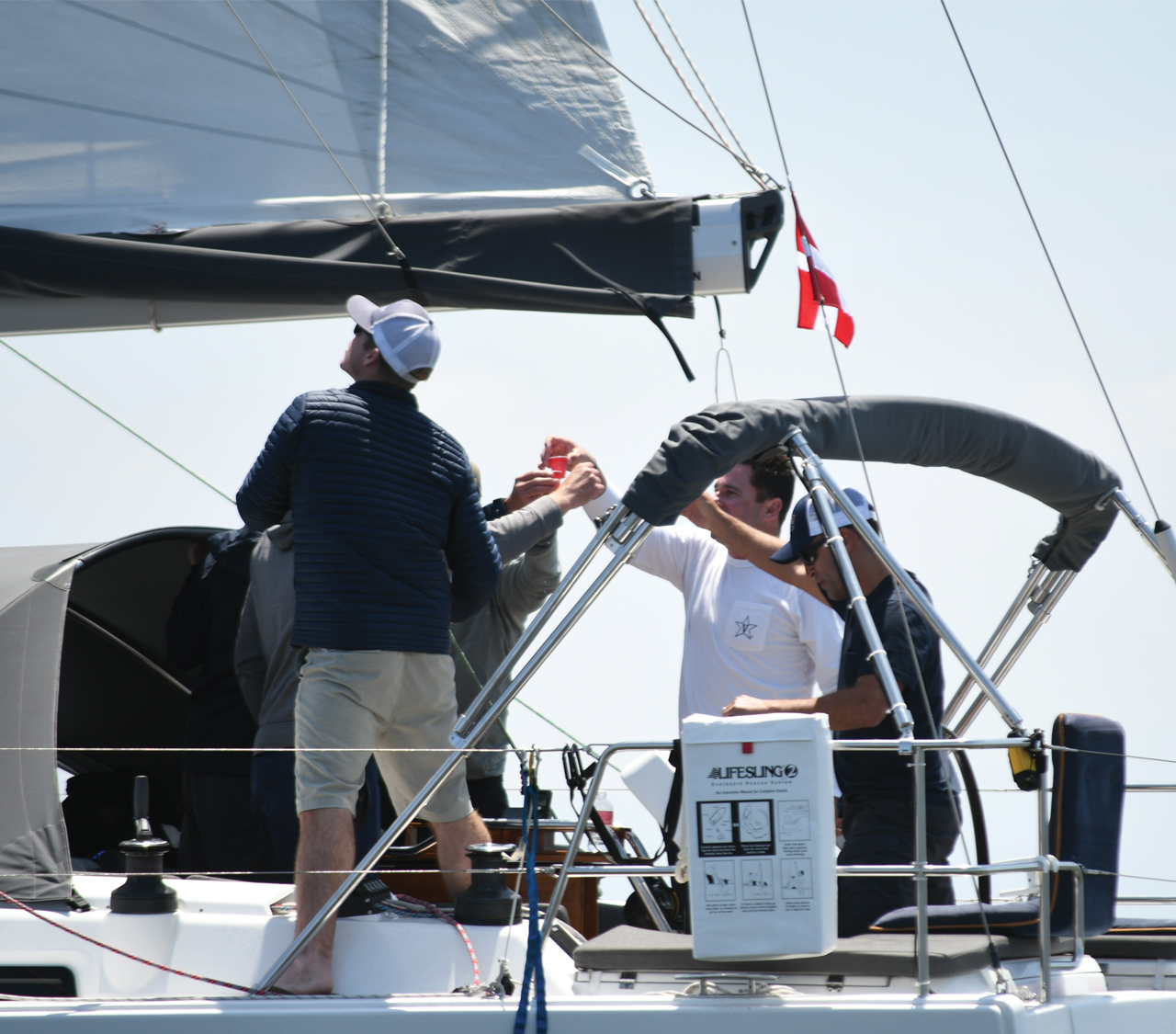 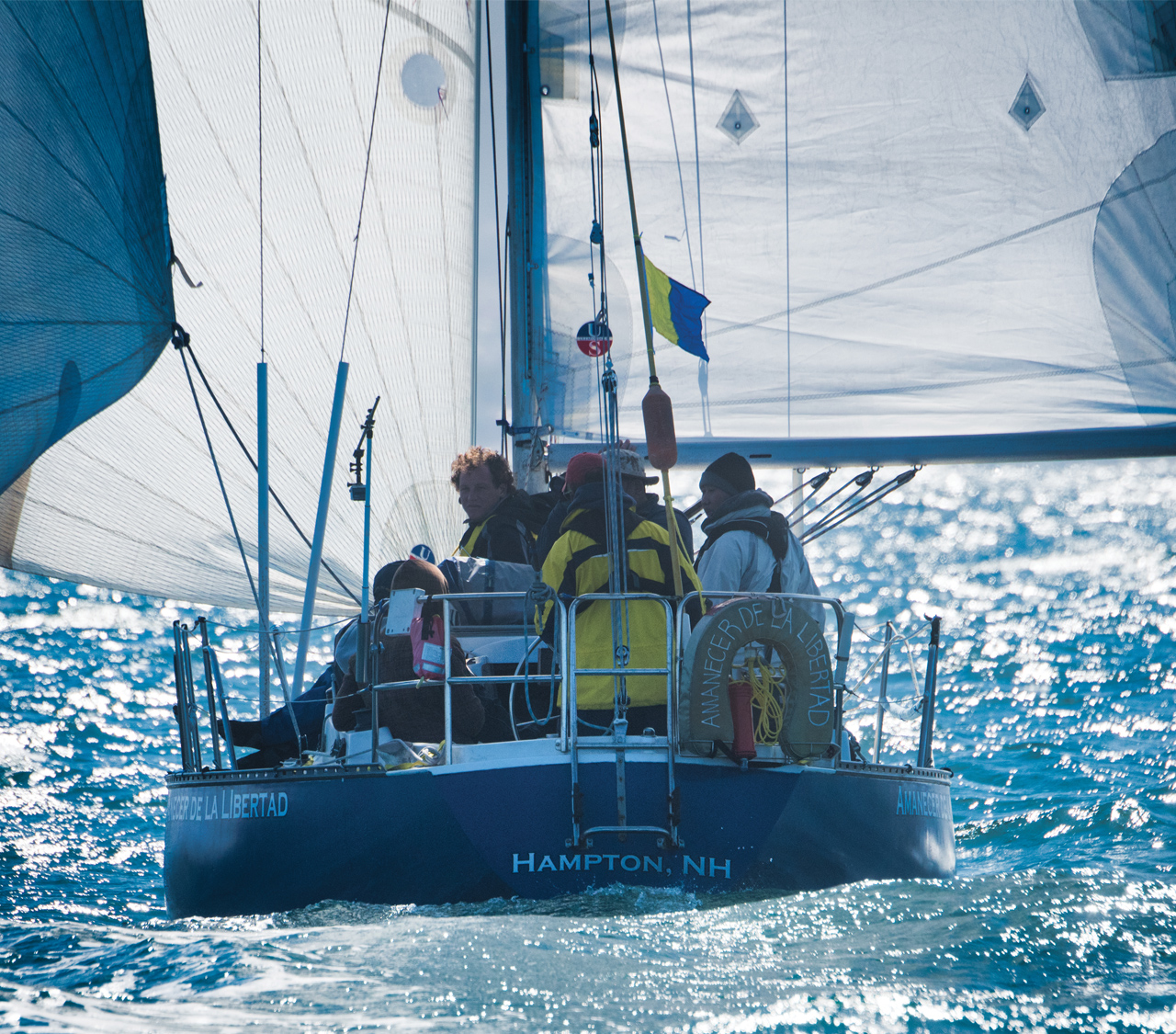 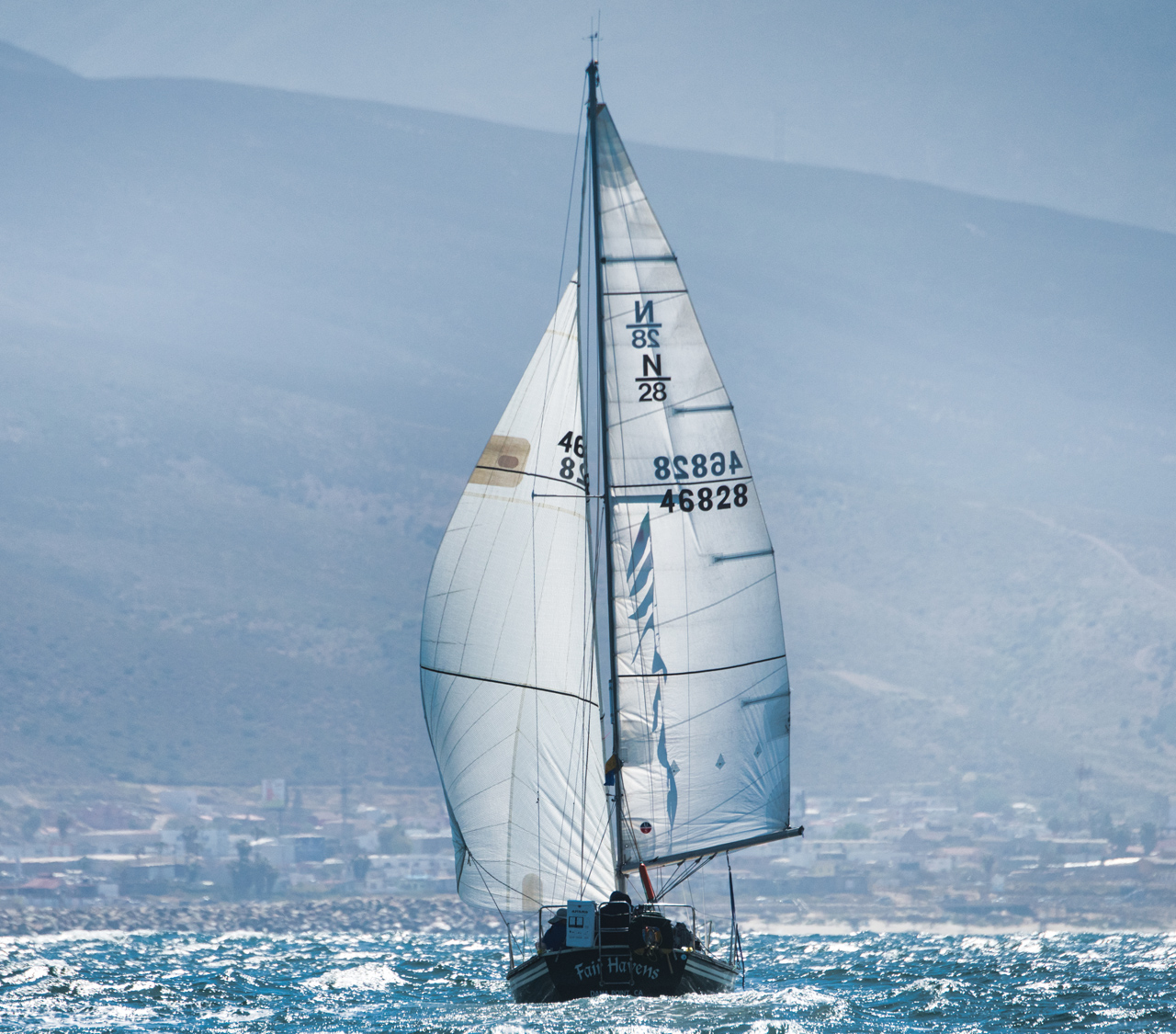 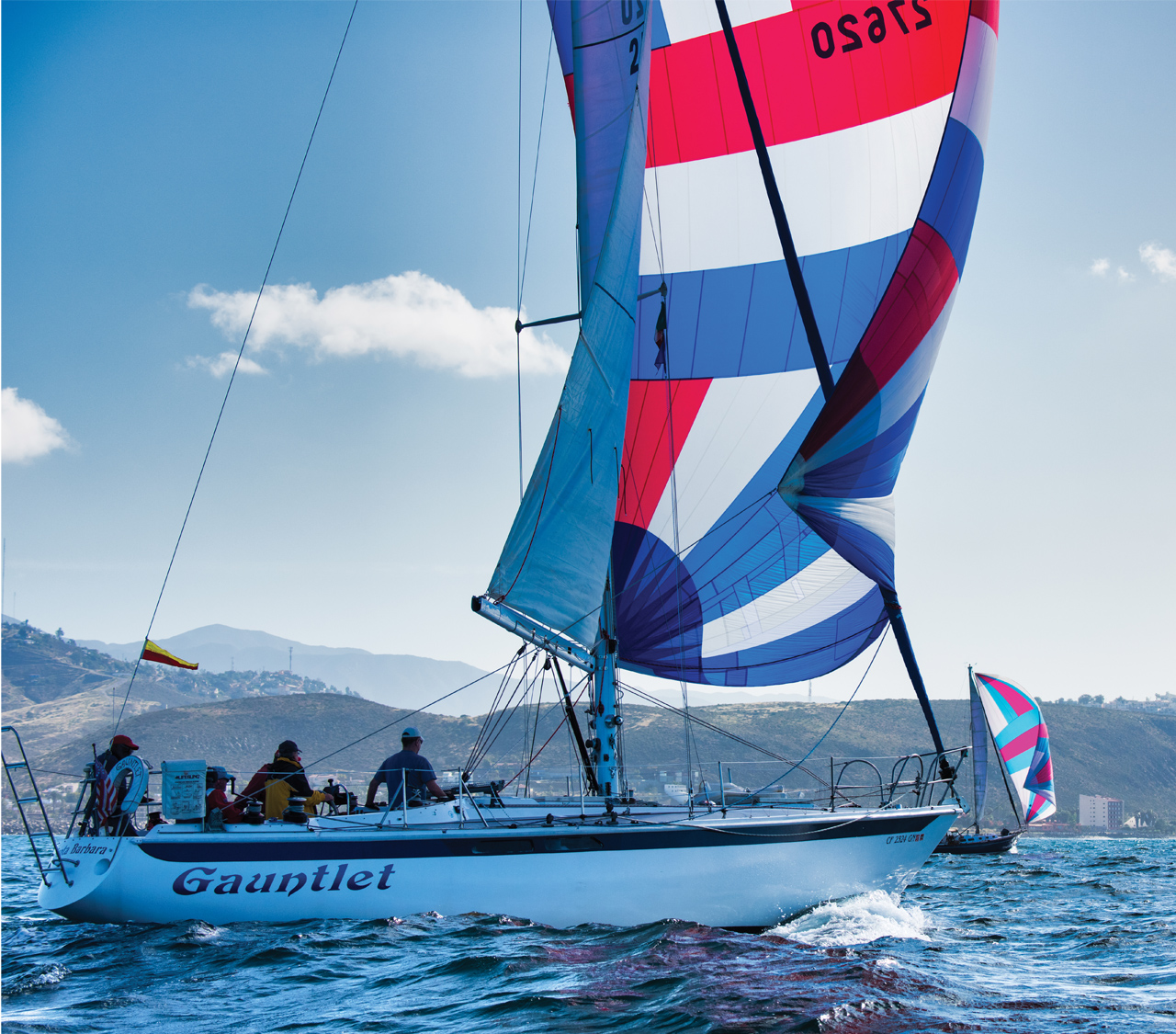 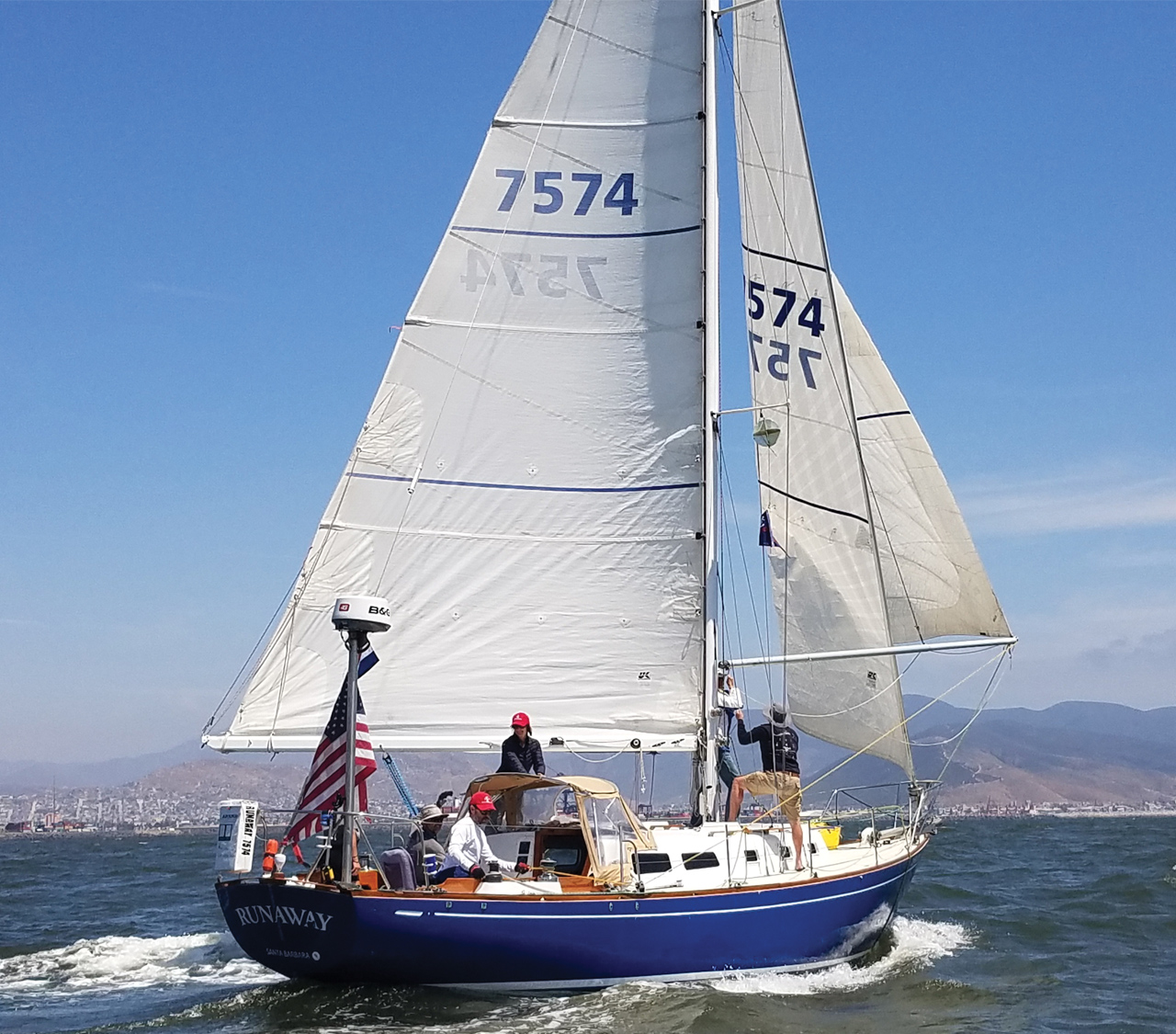 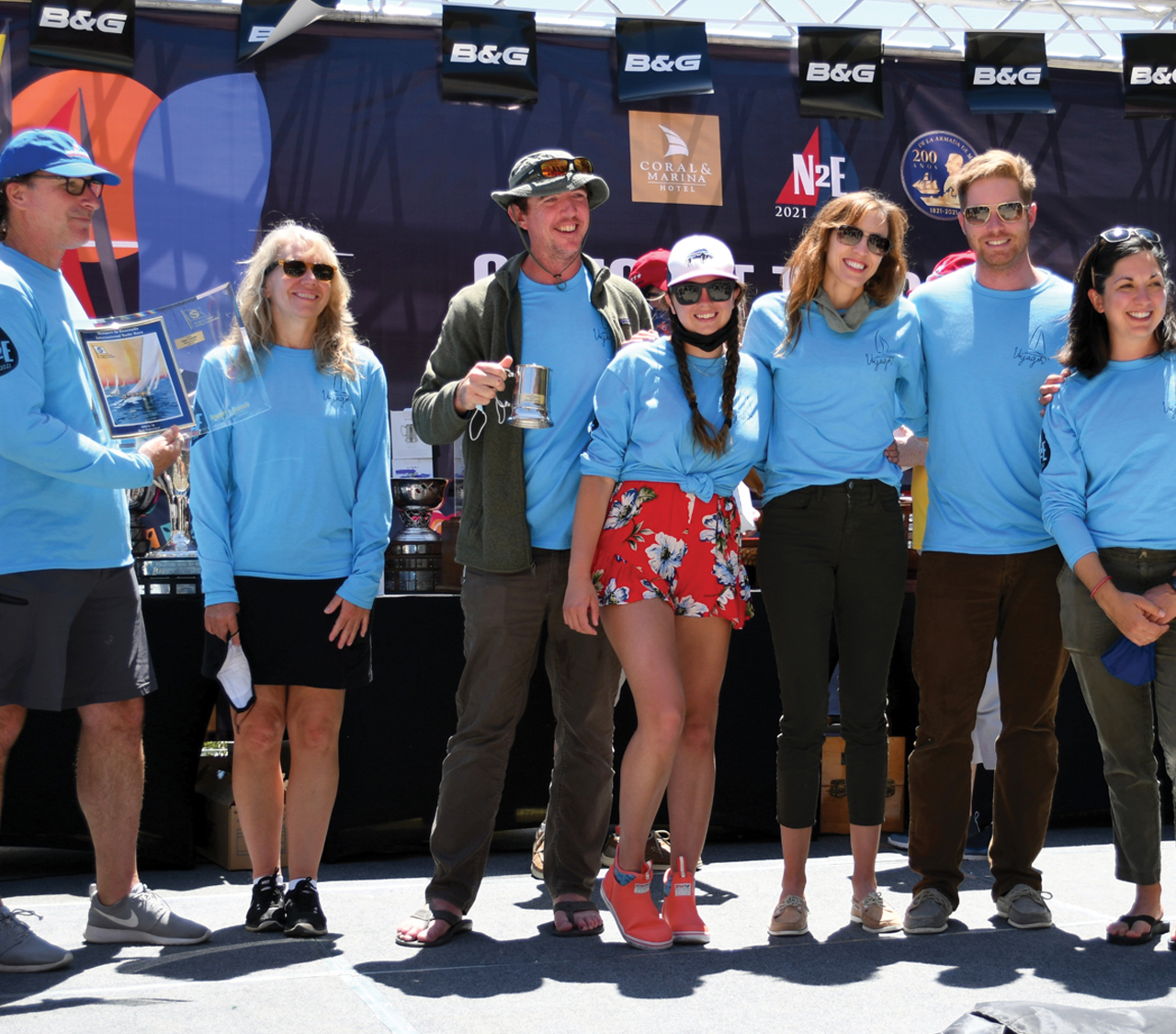 Crew of Voyager, a Lagoon 42 owned by Jeff Weekley of King Harbor Yacht Club in the ORCA-B Class