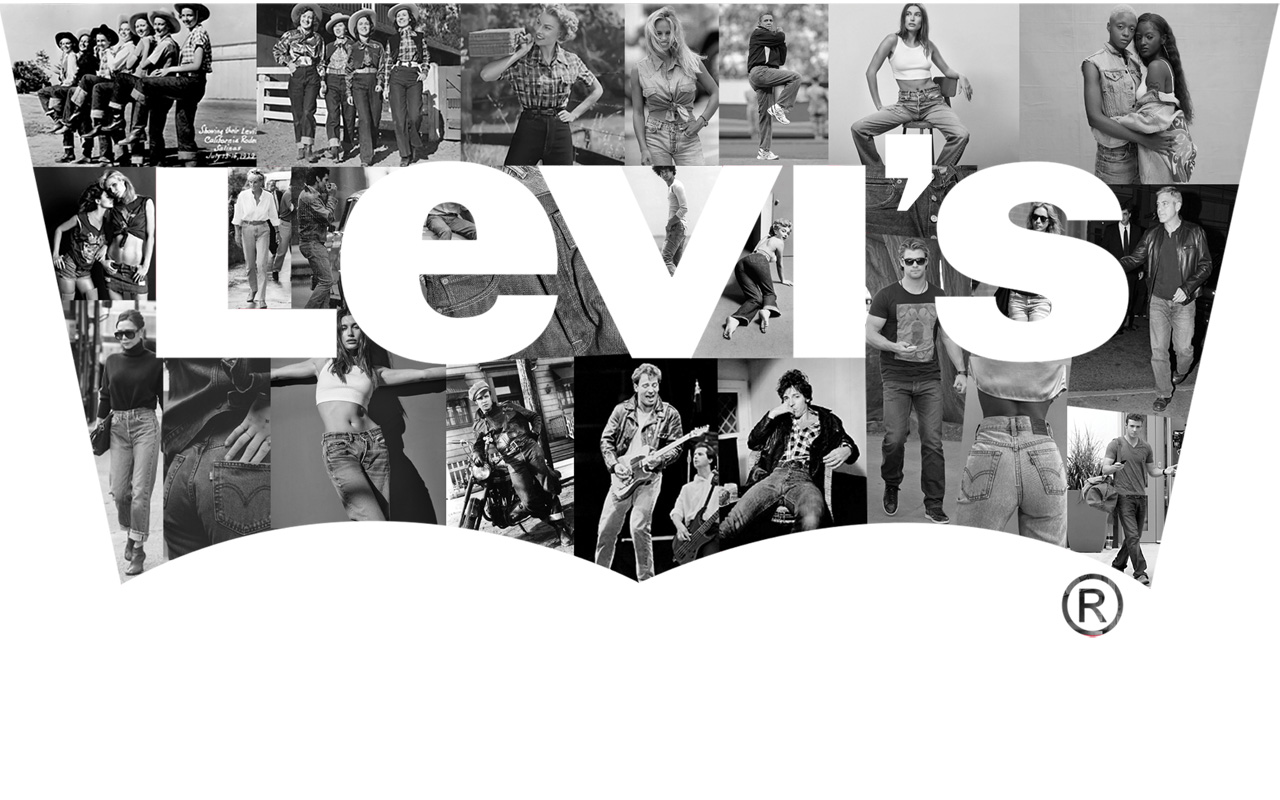 I don’t know if it’s just me getting old or a coping mechanism for the anxiety and disillusionment generated by the way things are going in the world these days, but I find myself digging into the past for solace increasingly often. The bleaker the present, the sweeter the past, they say. However, it’s not the simple refuge in the good old days that I’m looking for, nor the comfort offered by the rose-tinted rear-view mirror. Every time the past sneaks up on me lately, triggered by an unexpected news item or event, it revives memories that connect me to my most thriving and happy past self. It’s nostalgia, no doubt, but not saudade. Rather, it’s the recollection of experiences that once brought so much excitement and pleasure in my life, and now they offer me solutions to present challenges, hope for the future, and the reassurance of possibility – a paraphrase of the poetic ‘which having been must ever be’. And so, I find some sort of peace in the disquieting present.

As it happens, not long ago I read the news that, in appropriate anticipation of the Levi’s 501 jeans’ 150th-anniversary celebration next year, Levi Strauss & Co. put forth an ambitious growth plan. The company set a target of $10 billion in sales by 2027, looking to acquire new brands in womenswear, footwear, and outerwear, as well as to open 400 new stores.

I hadn’t thought about Levi’s as an iconic brand in a very long time when I read the press release, but the sheer mentioning of Levi’s name triggered one of my sweetest memories ever. Believe it or not, I got my first pair of jeans – a Levi’s 501 – when I turned 16, as a birthday gift from my parents, along with ‘The Death of a President’ by William Manchester. The jeans were Mom’s idea, the book – Dad’s. The Levi’s had been smuggled into communist Romania, at my mother’s request, by a high-school colleague whose parents were on diplomatic assignments in West Berlin at that time, and it cost Mom half of her monthly salary. I cried with joy when I opened the package and tried them on like they were made of fairy dust and faith. Forty-two years later, I still treasure the gift and everything it signified in my life then and there. The book is heavily dog-eared, highlighted, and with notes in the margins – a shocking history lesson carefully absorbed; the jeans still fit (kudos to me) – a silent witness to so many unforgettable, irreplaceable memories. They tell my personal life story with remarkable insights.

To young people born in the States or in other countries where buying a pair of jeans means nothing more than buying bread or milk, my exhilaration at owning a pair of Levi’s 501 at 16 may seem ridiculous, retarded. I don’t blame them, for it’s hard to understand something you’ve never experienced. But to me, in the deeply restricted 1980s communist society, Levi’s jeans meant the best of all worlds, the essence of possibility, status. They symbolized freedom, choice, untamed spirit, and hope. Just wearing them instilled in me the pride of belonging to a forbidden, most desirable and unattainable paradise: America the beautiful. They proved to be, also, an auspicious premonition – two decades later, I was to be an American citizen myself. But even so, I could never ever regard a pair of Levi’s as trivial or with entitled indifference for the rest of my life. 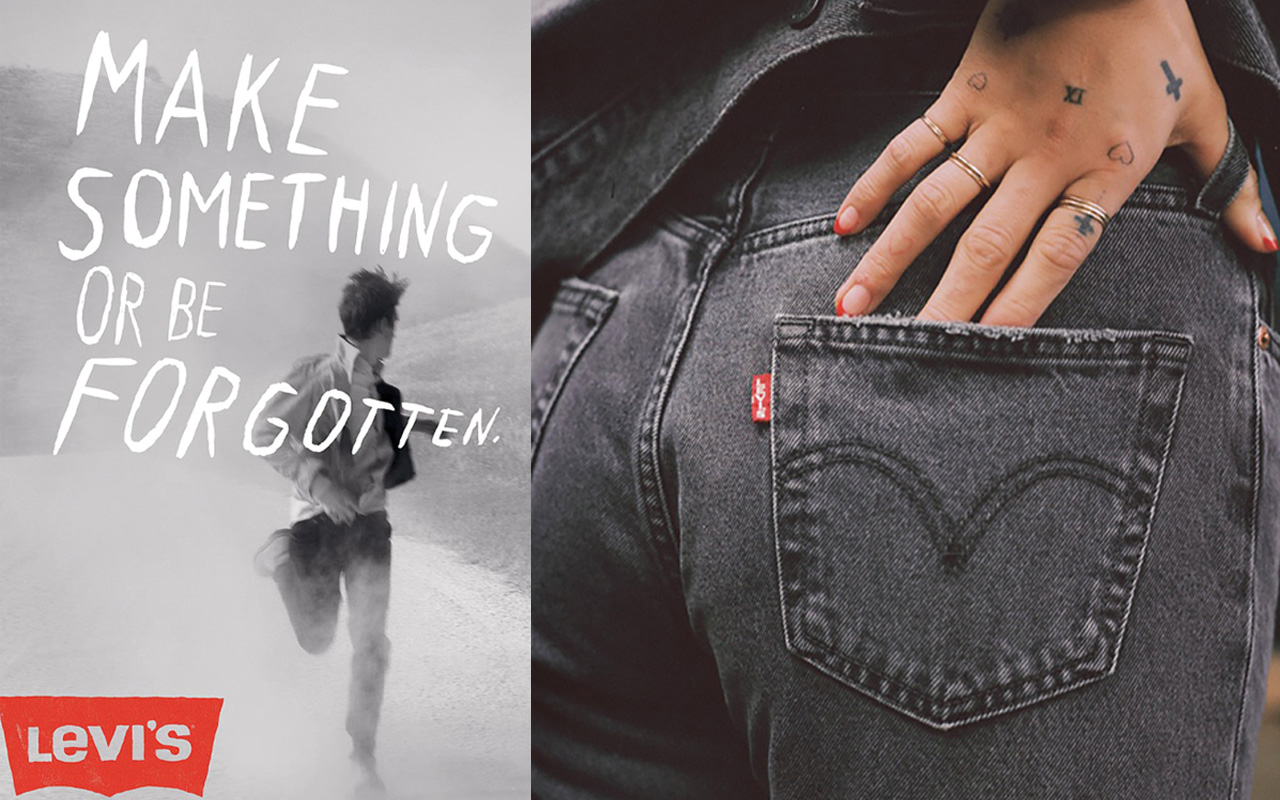 So you see why, in the bleakness of present circumstances, I read an underlying meaning to the news about Levi’s plans – a fresh reminder to never underestimate the power of dreams and the resilience of the human spirit. Levi’s has been at the center of the American culture for a century and a half and for good reasons. On May 20, 2023, Levi Strauss & Co. will celebrate 150 years since they received a patent for their riveted pants, officially marking the birthday of Levi’s 501. An iconic style, known for its button fly, straight leg, and red tab on the back right-hand pocket, it has continuously changed to reflect modern trends, evolving with culture and the styles of the times, all while maintaining its status as the universal symbol for the American dream.

The epitome of pioneering spirit, the brand has always regarded innovation as integral to their work and as essential as fabric and thread. Levi’s was the first to begin the tradition of sharing a company’s prosperity with the community, as early as 1854; to create the first-ever line of jeans for women back in 1934, decades before women’s pants were accepted as mainstream dress; to formalize its longstanding commitment to foster a diverse workforce in the early 70s; to develop the first known set of comprehensive standards for manufacturing and finishing contractors worldwide, dealing with wages, hours, working conditions, ethics and the environment, in 1991; to promote the eco organic jeans in the early 2000s, catering to the eco-friendly consumer; to launch, in 2010, a more sustainable line that saves up to 96 percent of the water used in the denim finishing process; and to employ a laser-powered tailoring and personalization technology to customize denim with one-of-a-kind details, from rips to fades, and patterns to patches, in 2019.

Through thick and thin, the great American retailer has upheld its relevance, keeping in step with the times. Its jeans have continuously been not only a fashion statement but also a social and political one as well. Millions of people around the world have grown up with Levi’s blue jeans and Dockers khakis. Celebrities from all walks of status and fame felt comfortable sporting the iconic blue jean, expressing through the worldwide recognizable style the Levi’s values they shared: empathy, originality, integrity, and courage. From Marlon Brando, who motorbiked his way across film screens in 501s in 1953’s The Wild One, or Marilyn Monroe, who filled out a pair of 501s in 1961, in The Misfits, to Bruce Springsteen, who featured Levi’s 501s on the cover of Born in The USA, in 1984. From Lady Di to Barack Obama, who threw out the first pitch at the St. Louis Cardinals game, in 2009, wearing a baggier style of 501s. From Victoria Beckham, Penélope Cruz, Gwyneth Paltrow, Alexa Chung, Chloe Sevigny, Adele, or Rita Ora, to Bob Dylan, Chris Brown, Justin Timberlake, Ben Affleck, and George Clooney – famous people felt both represented and individualized by the legendary Levi’s. Undeniably, the brand is, in and of itself, a symbol of the much-revered American spirit. It survived the trials and tribulations of the 20th century and lived to tell its thriving story in the 21st, without skipping a beat. 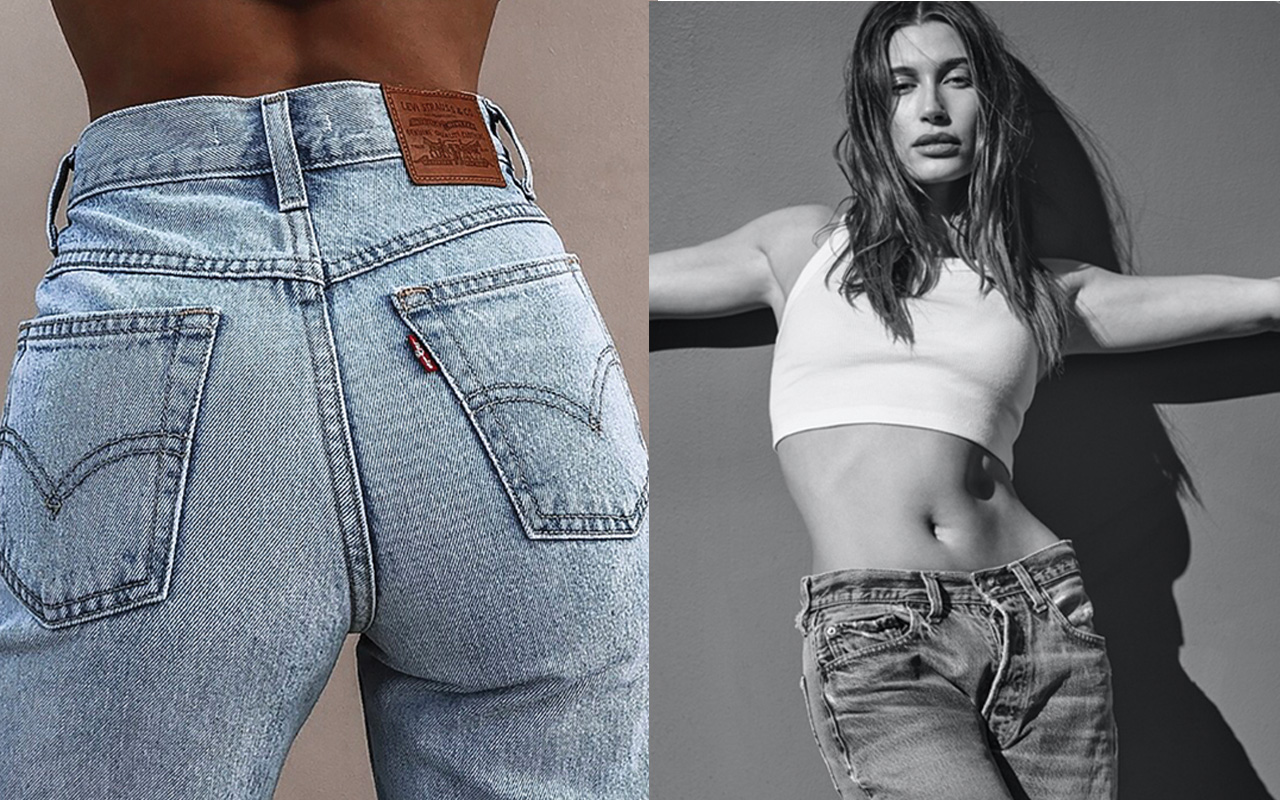 In the midst of the global financial crisis of 2009, Levi’s demonstrated again its awareness and relevance when it employed ‘Go Forth’, a campaign inspired by the passion Walt Whitman felt for the potential of America and its promise of the future. I look around at the increasingly fractured and divided world, and can’t help but wonder what our life would be like if we could seek inspiration from our best past selves and find a way again to be ‘strong, ample, fair, enduring, capable, rich / Perennial with the Earth, with Freedom, Law and Love’, as Whitman saw us being over a century ago. The potential for greatness resides in each of us. Or does it?

In one of the visits paid in-home to prepare the 2014 Levi’s campaign, a 29-years old customer from India talked at length about her ten pairs of jeans – all different, well-known brands – and concluded with an arresting statement: “You wear other jeans, but you live in Levi’s.” They gather the memories of the people we once were and the world we once inhabited. For 150 years they’ve borne witness to possibility and expectation.

They say you don’t know you’re in good times until they’re gone, so we may as well shake off the misery we wallow in these days, and make the here and now as pleasurable and meaningful as possible. The ‘hour of splendor in the grass’ was attainable before. Its spirit is alive and well – it just needs recognizing. What exactly prevents us from living it again, in a life that’s worth living?

It ought to get easier with practice, as long as we still live in Levi’s. 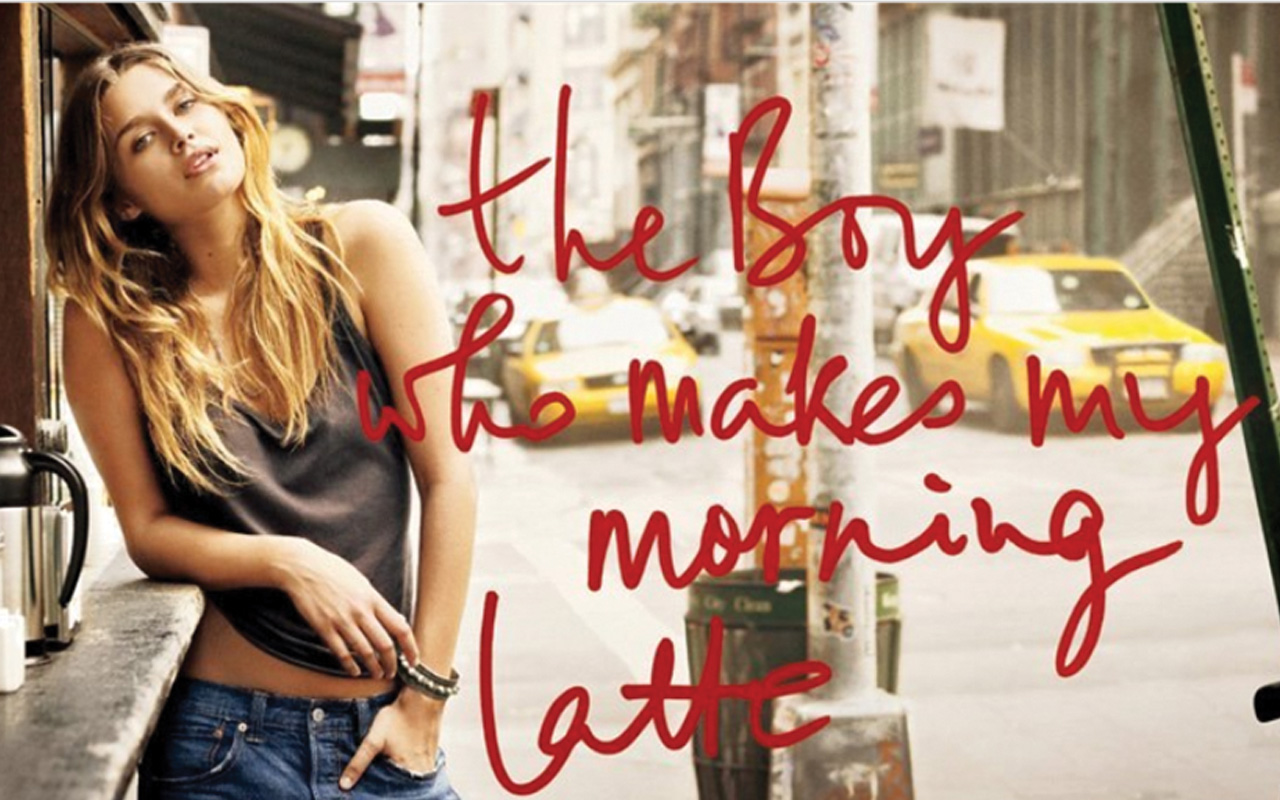 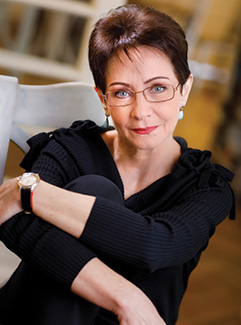 From industrial and military companies in Israel, South-Korea, and the USA, to European famous fashion designers and houses; from Romanian startups grown into established companies, to US luxury businesses and brands benefiting from our creative collaboration, I've learned along the way two essential professional lessons: first - that only by speaking out against the status quo one may actually create change; and second - that empathy is not a weakness, it's rather a powerful communication tool.