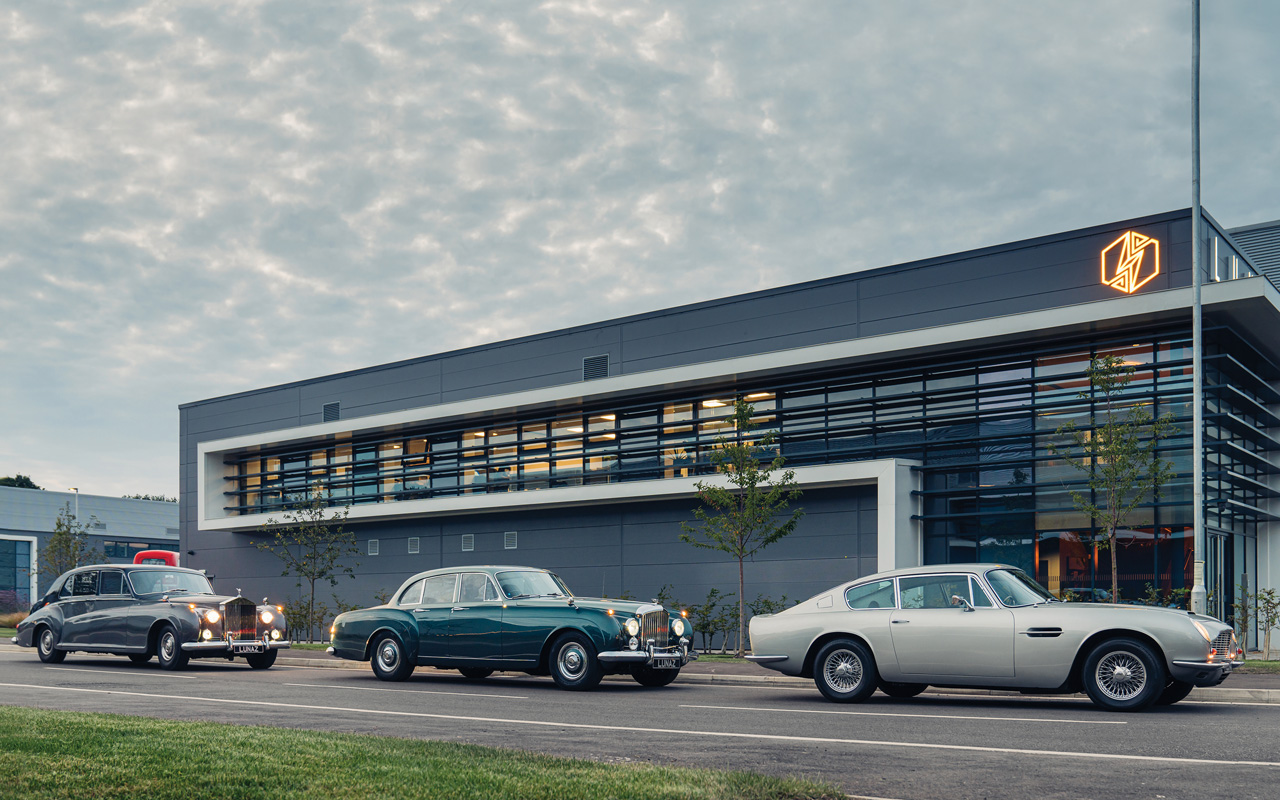 Those of us in the world of classic automobiles can recognize their individual exhaust notes over remarkably long distances. The awe-inspiring howl of a big Aston Martin six, the hard-edged crackle of an unmuffled American muscle V-8 (specific to manufacturer) or the soft warble of our teenaged dream Volkswagen — and dozens more. All are the loosely arranged background chorus of an automotive life. And all are about to be replaced by a syncopation of electric motors of all kinds and survival-earth finding harmony. The tone and tenor have flattened along with the art of individuality. But a solution is finding its way into our collective enthusiast conscious. Much of the visual and tactile character of vintage automobiles is being saved while their performance is being augmented by electrification enthusiasts as they seek to meet environmental requirements threatening to eliminate them.

We discovered two teams in search of solutions at both extremes of the broad spectrum of automotive passions. Lunaz Group is restoring and repowering the finest of British automotive artifacts — and eliminating their famous electrical challenges. EV West is simply electrifying and saving Southern California’s favorite cars and furnishing a catalog of components so you can save your own.

“We built Lunaz to further the legacies of the most beautiful cars in the world. We know there is no better proposition than timeless aesthetics propelled by the powertrain of the future.

We make these iconic machines a relevant and usable proposition for the 21st century. A classic car by Lunaz is not just for this generation, it is to be driven and enjoyed for many more.

Each classic by Lunaz represents an uncompromised expression of the original. Electrification answers the questions of usability, reliability and sustainability and empowers owners to enjoy their cars daily.

We restore, enhance and create with knowledge that these cars have cultural value far beyond their function. The passion we have for these cars can be felt in every stitch, weld and line of code. We know our customers share our commitment to ensuring these cars are driven, seen and enjoyed for decades to come”. 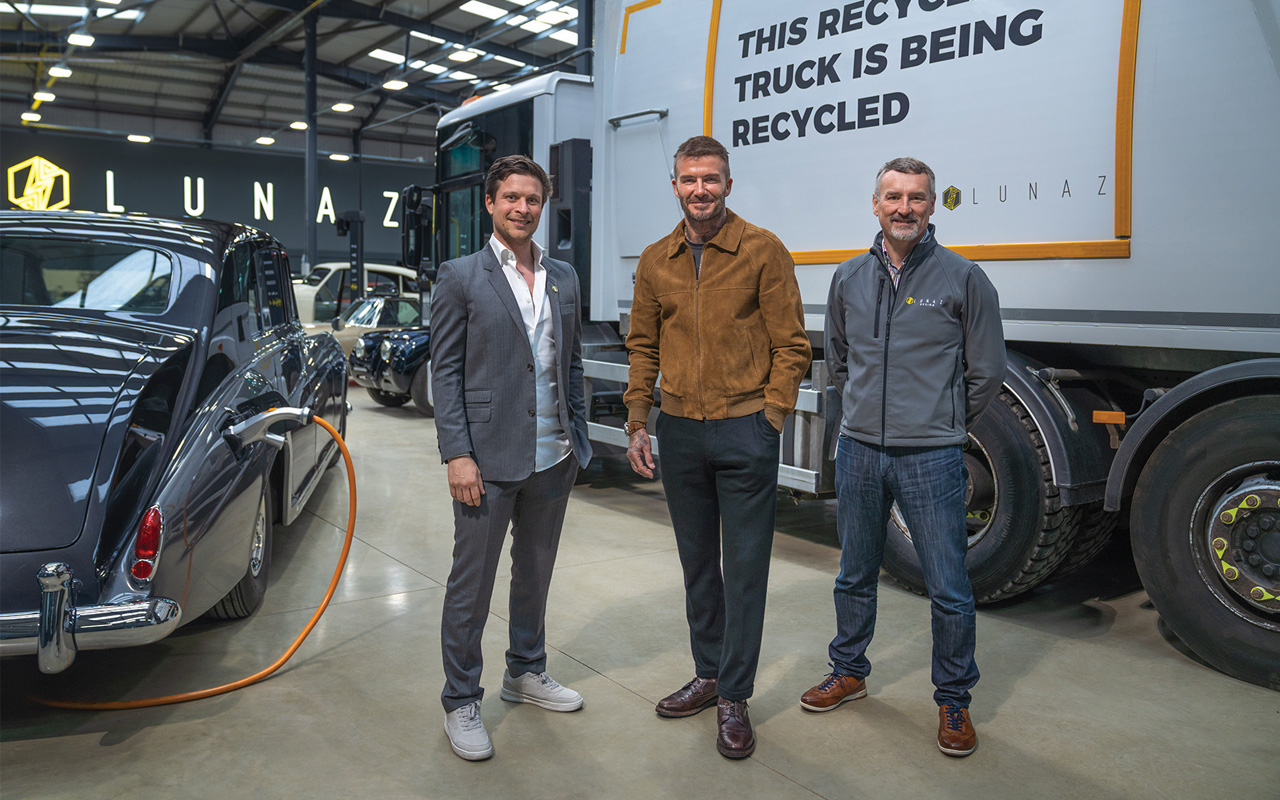 The restoration and conversion process represents re-engineering from the ground up. It starts with an intricate inspection. Weight distribution is measured to the gram. Scanning creates the 3D CAD models that ensure authenticity. Traditional coachbuilding and restoration skills begin as the car is stripped down to bare metal.

The Jaguar XK120 by Lunaz, the first of its planned production on a restored original chassis, responds to its 80kWH battery for its 516 lb/ft of torque from zero engine speed with 375 bhp; more than won Le Mans in the 120-C. The twin motors will propel the car with its new luxuries from 0-60 mph in under 5 seconds,

The introduction of electric Aston Martin DB6 to the Lunaz family has been driven by sustained demand from existing clients, as well as the desires of an entirely new classic car buyer. For the first time, they are presented with the powertrain and modern conveniences of today, clothed in a design that speaks of an era when aesthetic purity was the only requirement.

The same meticulous approach extends to the interior. The in-house design team plans subtle adaptations to fulfill the promise of modern comfort. There is seamlessly integrated infotainment, WiFi, audio and navigation.

“We believe each interior should create emotional responses that enhance the experience of the car. We work in close consort with our clients to create interior schemes that cosset, engage and perfectly express their tastes and desires.”

A commitment to reducing waste and impact wherever possible informs the restoration process throughout. Substrates are painstakingly restored in-house within a specialist fabrication department, which is then enhanced by Lunaz’s collective of highly skilled trim specialists. The result is an entirely renewed interior, crafted with the requirements of contemporary use but with a profound sensitivity to each individual vehicle’s heritage.

Recent research suggests these are fully developed “by Lunaz” special orders: Rolls-Royce Phantom V, Bentley Flying Spur, Jaguar XK120 FHC (coupe), Jaguar XK150S Roadster, Aston Martin DB6. There are others still in development for private customers. The recorded price for one of these great British icons fully restored and powered by Lunaz systems and equipped to meet a new owner’s requirements begins in the vicinity of £500K (the XK120 for example) and can approach £1M for a lavishly equipped Phantom V. 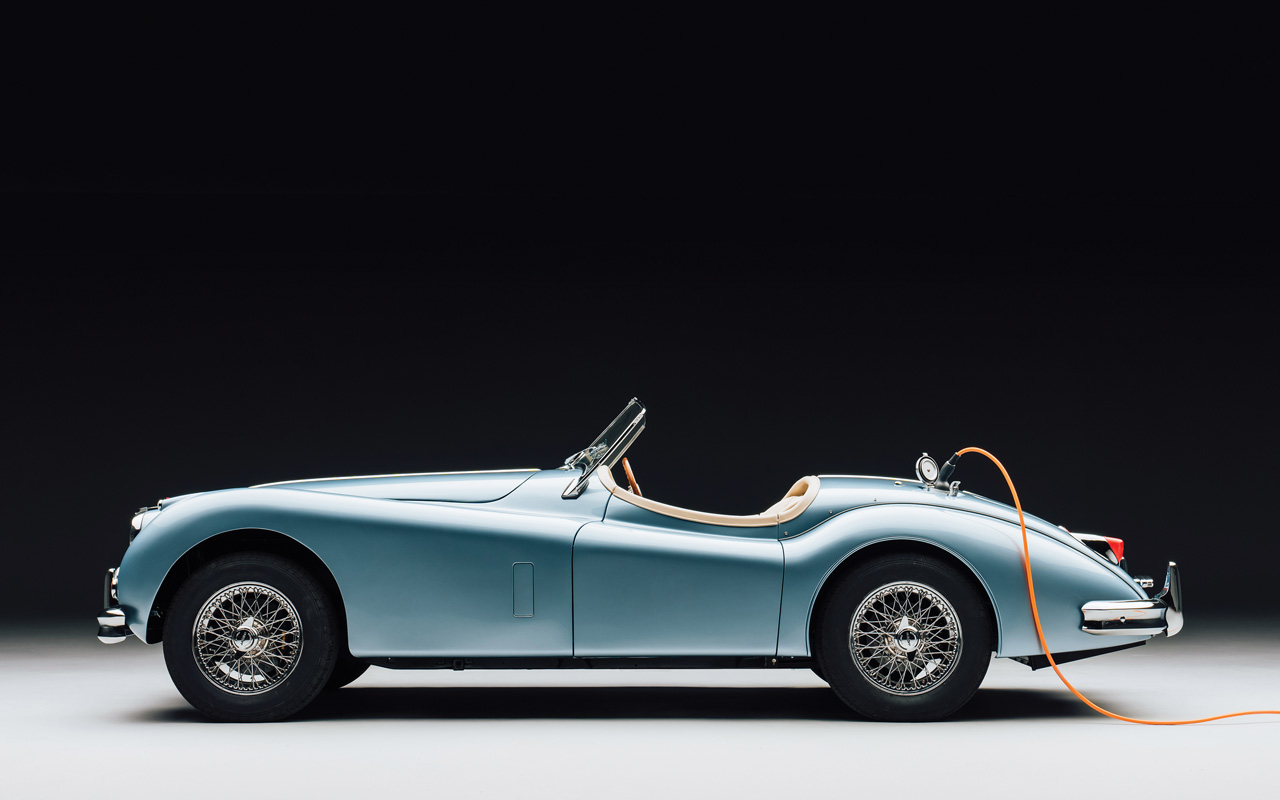 EV West founder Michael Bream, describing his own conversion into the new culture of electric power performance, was inspired to remember times with his father, who owned a speed shop in North Hollywood while Michael was an impressionable teen. He was raised around some of the legends of hot rodding. “I grew up watching my dad do engine swaps, install camshafts, headers, intakes, you name it. I’m a full car guy and a bit of a nerd.” When the family moved from North Hollywood to San Diego, Michael began to prepare for his future in engineering school. During the 1990s, he became a successful skateboard designer (engineer) entrepreneur while he continued to play with cars. He began experimenting with electric power conversions on his own cars about 12 years ago as gasoline prices were rising.

“It wasn’t like one day I woke up and said I want to save the environment,” he says. “For me, it was more about getting the performance without paying for foreign oil. This was just on the heels of ’07 and ’08, when gas was over $5 in California. That was the start of the modern EV conversion trend.”

While conversions at the time were often focused on economy cars like the Ford Escort and Geo Metro, they inspired little interest in the enthusiast world of automotive entertainment. Volkswagens remain the southern California favorite to improve for contemporary traffic — stinger pipes excluded. “I felt we had to put something out there that really respected the car and performance. I wanted to play around with these electric motors that could make 800 lb/ft of torque.”

“EV West has a quality selection of electric car parts, components, conversion kits, and charging station solutions for your Electric Vehicle or EV Conversion. From motors and controllers, to chargers, cables and complete electric car driveline conversions. We have a low-price guarantee, and our technical staff can ensure the right products for your vehicle or conversion project.” Founder: Michael Bream

Michael describes EV West as a speed shop in the traditional sense; it develops and builds high-performance cars and pre-packaged powertrains “electric crate motors”. They continue to be viewed as non-traditional, at least for now but the torque and speed of Electraliner, EVW’s Bonneville streamliner, he explains, is a testbed for power control, heat dissipation, traction control, and other aspects of EV tech that the shop works into its conversion kits — the Tesla-powered Electraliner set a 229.363-mph two-way average on the salt with a top speed of 238-mph. A positive proof of concept in the collection. Not the least of which is Michael’s 1995 BMW M3 which produces over 4000 lb/ft of torque from its dual Tesla motors mounted in a massive tubular cage driving through its M3 differential — and delivering a class record at the legendary Pikes Peak hill climb.

“We wanted to go out there and inspire people to have fun in a more environmental way,” Michael says, adding that he sees the same kind of spirit that ignited the hot rod culture now firing up EV enthusiasm. 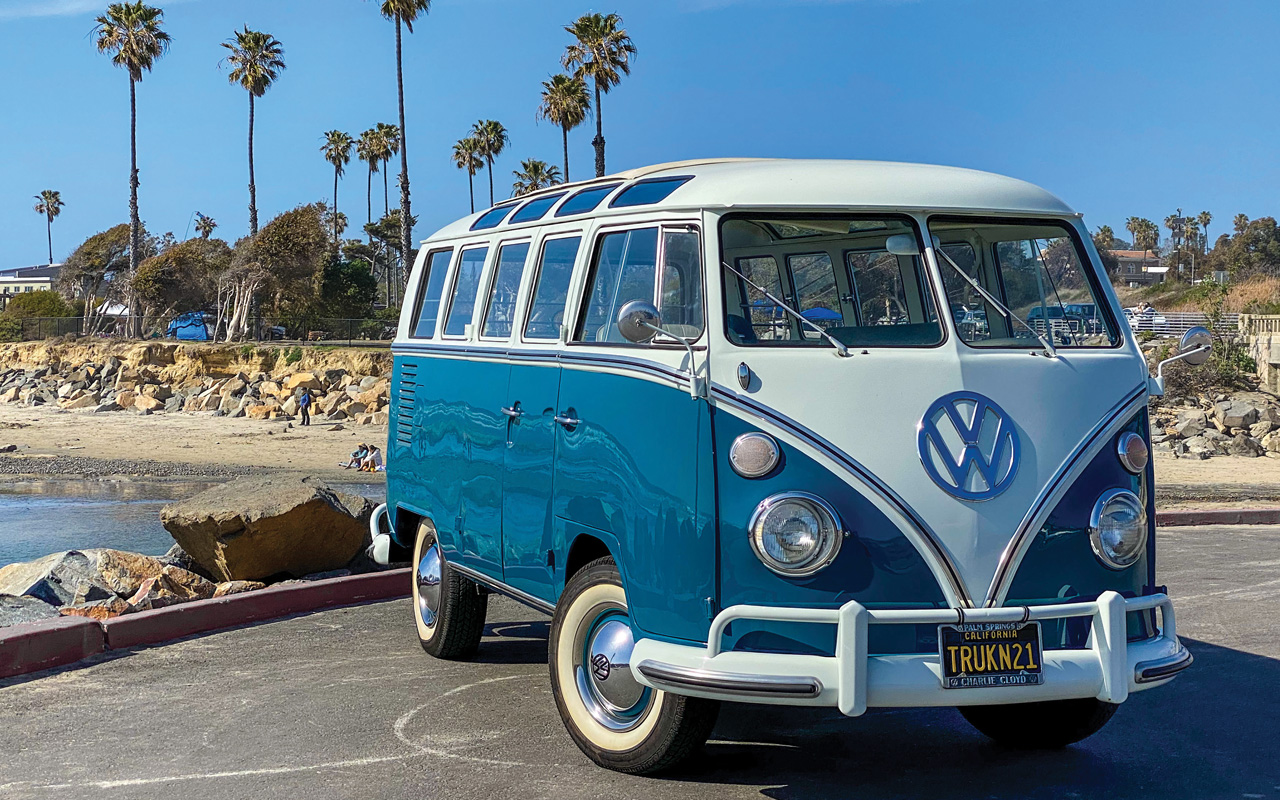