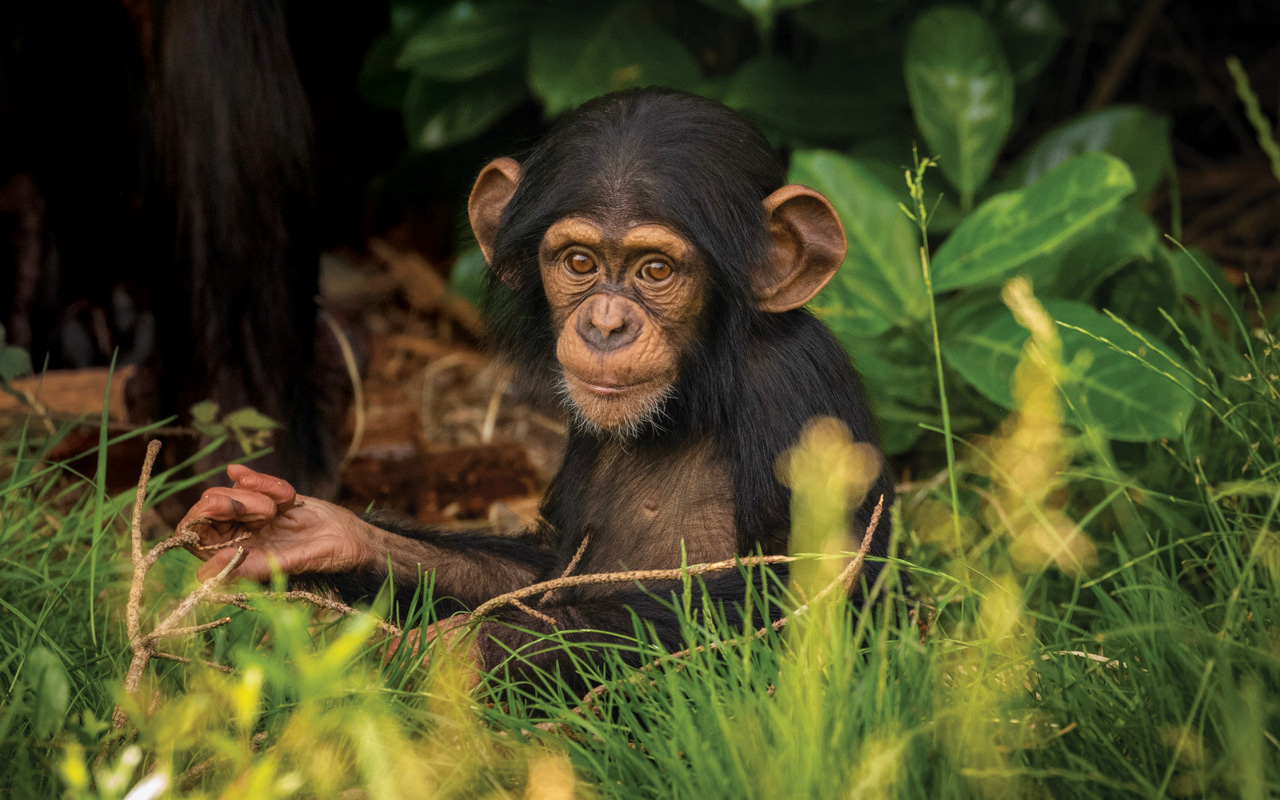 Dr. Jimmy Desmond and Jenny Desmond are the founders of Liberia Chimpanzee Rescue and Protection (LCRP) in West Africa and its affiliate 501c3 in the United States, Partners in Animal Protection and Conservation (PAPC). Along with their team, Jenny and Jimmy work to improve the lives of chimpanzees, both wild and orphaned, in Liberia.

As founder of LCRP, Jenny Desmond is living the life she always knew would be hers: a life of animal conservation and protection. She and her team care for chimpanzees who are orphaned as a result of the illegal bushmeat and wildlife trades. She spends days conducting LCRP business, but at night, Jenny is “mom” to the orphans who are handed over to LCRP’s sanctuary by wildlife officials after confiscation. She nurtures them and helps them form bonds with the other chimpanzees in LCRP’s care to ensure they have fulfilling lives in their sanctuary family. While providing love, enrichment, and refuge to these chimps—an immediate need—Jenny actively works toward her ultimate goal: to protect wild chimpanzee populations by partnering in the fight against animal trafficking and implementing successful conservation initiatives.

Jimmy Desmond is a wildlife veterinarian and a consultant specializing in emerging disease and the illegal wildlife trade. He graduated from Tufts Cummings School of Veterinary Medicine, earning a Doctor of Veterinary Medicine degree and a Masters in Comparative Biomedical Sciences. Alongside his work with LCRP, Jim leads research on infectious disease, including identifying the wildlife reservoir for the Ebola virus.

Since 2010, Jenny and Jimmy have been in Africa working with wildlife conservation organizations that include The Jane Goodall Institute, EcoHealth Alliance, Smithsonian Institute, Uganda Wildlife Education Centre, and Dian Fossey Gorilla Fund International. Jenny and Jimmy have lived in nine countries together, always with the mission of helping wildlife and furthering conservation initiatives.

Immediately upon their arrival in Liberia, chimpanzee orphans literally arrived on their doorstep – needing not only emergency care but lifetime sanctuary.

In December 2017, LCRP purchased a 25-year lease on 100 acres of forested land from the local community. This was a huge step forward for the establishment of a Sanctuary and Conservation Center. The baby chimpanzees now have a place to call home – a Hundred Acre Wood! Set in the Marshall Wetlands, an estuarine habitat, LCRP is surrounded by vast mangrove forests and unique biodiversity. Their new home affords the chimps and the project long-term security, community partnerships and ecotourism opportunities.

The baby chimpanzees are as close to their wild state as possible with this beautiful and natural new home. While they don’t have their parents to nurture them in their infancy years, they have human parents who give them a sense of safety and affection while they form bonds with their fellow chimpanzee friends.

The Desmonds’ arrival in Liberia seven years ago occurred when the Humane Society of the United States asked them to take over care of 66 chimpanzees, living across six islands in an estuarine habitat, who had been retired from medical research. These chimps, formerly the responsibility of the New York Blood Center (NYBC), were on the verge of starvation, having been abandoned by the NYBC some months earlier. Jenny and Jimmy came to their rescue to create new feeding, care, and birth control protocols. Within weeks, the “island chimps” began to trust that food and water would be brought to them consistently; improvements in their demeanor and physical health were remarkable. With their most basic needs met, they began to thrive in healthy communities and trusting relationships.

Liberia Chimpanzee Rescue and Protection grew out of this experience as word quickly spread that the Desmonds could care for confiscated and orphaned chimps. To date, they have taken in over 40 baby chimpanzees, ranging in age from a few months to ten years, and these numbers are growing rapidly. Ideally, these individuals will form a family and live together in a sanctuary that simulates—as closely as possible—a life in the wild.

Of course, the Desmonds’ hope is that fewer and fewer chimps will need care in sanctuaries—because those in the wild will be protected. Now residents of Liberia themselves, the Desmonds work alongside local Liberians, the government and international organizations to charge and arrest wildlife traffickers and poachers involved in the bushmeat and pet trades.

LCRP is also involved in many complementary programs, partnering with a diverse group of local and international organizations to further wildlife protection and conservation initiatives. Their hope is that with collaborative energy and efforts in all aspects of protection and conservation, the critically endangered chimpanzee and the unique biodiversity of Liberia will thrive.

BBC Earth has documented LCRP’s life-saving work, and you can gain a bird’s eye view of their work on www.liberiachimpanzeerescue.org. They are also on all social media platforms. 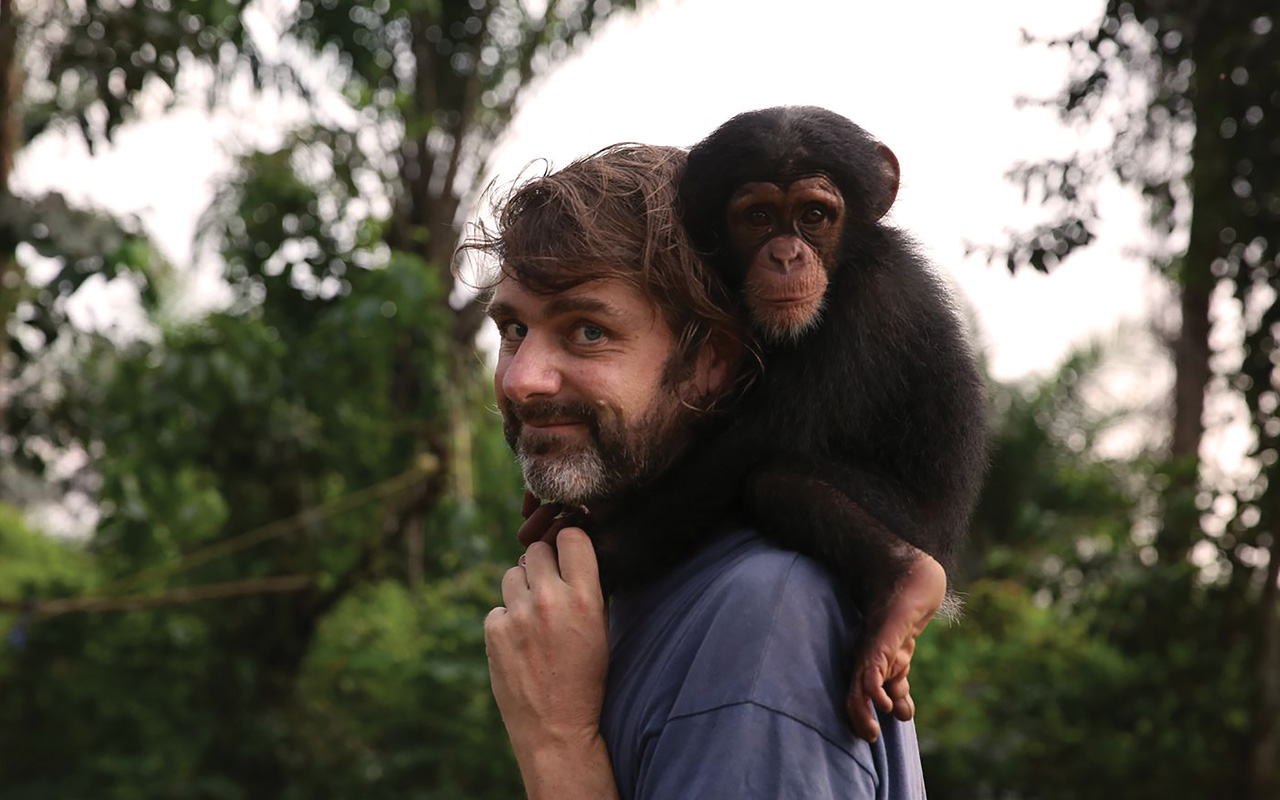 Since 2010, Jenny and Jimmy have been in Africa working with wildlife conservation organizations that include The Jane Goodall Institute, EcoHealth Alliance, Smithsonian Institute, Uganda Wildlife Education Centre, and Dian Fossey Gorilla Fund International.