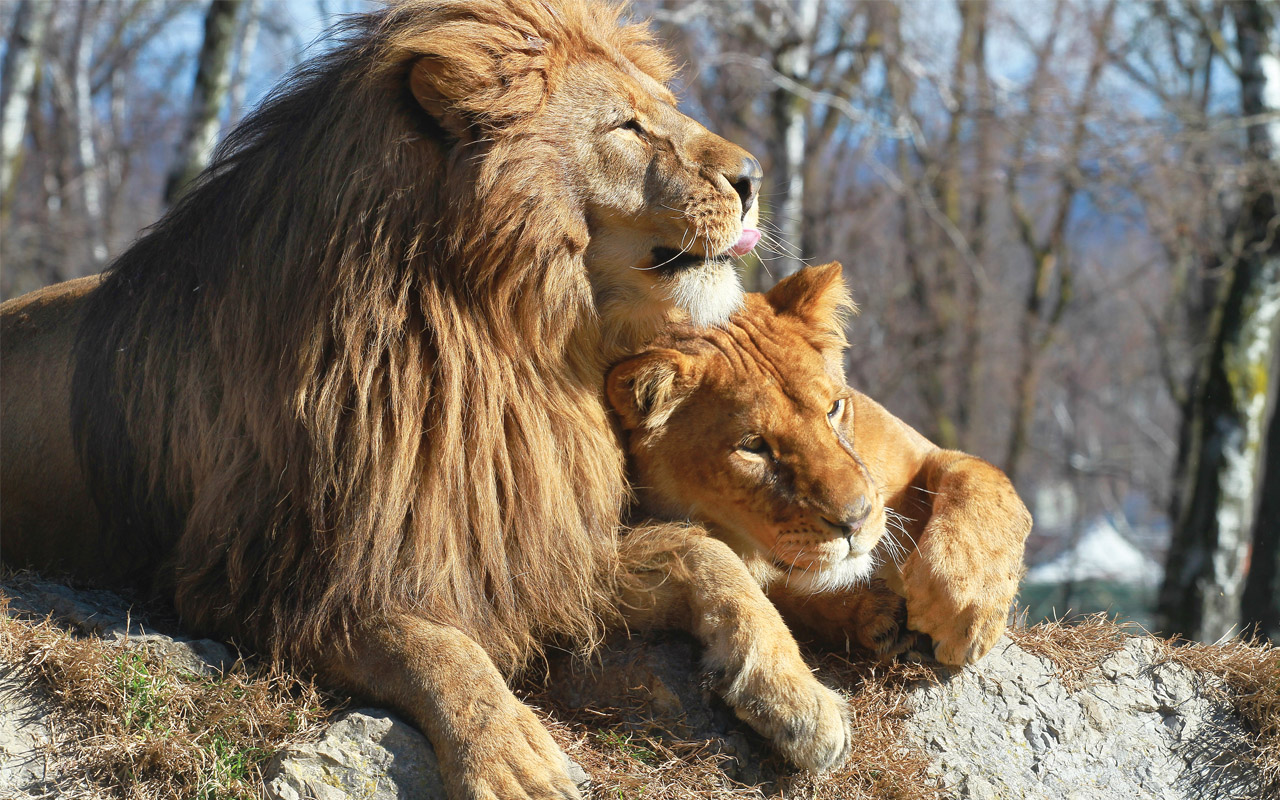 “Until such time as the voice of the lion is heard, history will be written to glorify the hunter.” African Proverb

The canned hunting industry in South Africa is the captive breeding of African lions specifically for a hunter’s bullet or for the lion bone trade in Asia. The conditions under which the lions are bred are inhumane on multiple levels: they are kept in cramped, dirty cages; the lionesses are kept almost perpetually pregnant, and their cubs are ripped away from them within the first week. The lions’ ultimate destiny is death – either in an inescapable, confined space where a hunter is guaranteed a kill – or they are shot en masse so that they can be skinned for profit, and their bones shipped off to Asia. The brutality in the industry was recently exposed and recorded by Britain’s Lord Ashcroft who spent two years infiltrating the industry with undercover cameras. The exposed truth has hurt South Africa’s conservation brand immensely, and at last, their leaders are waking up to the reality of the damage.

The greatest deception being circulated amongst visiting trophy hunters to South Africa – many of whom are from the USA – is that the breeding farms that supply lions for the canned hunting industry – are insuring that lions do not become extinct. That justification is flawed on a conservation level, and it is morally reprehensible on a humane level.

In the Amazon Prime movie, ‘Blood Lions’, defenders of the canned hunting industry assert that the captive lions that are bred for hunting – can eventually be released into the wild – making them the savior of the African lion population. Every credible animal expert has refuted that argument vehemently. Unlike wild cubs that suckle from their mothers for up to two years, caged lion cubs are immediately removed – and given an inferior milk substitute so that the mothers can quickly become fertile again. These captive lions are inbred and genetically tarnished. Furthermore, their life inside a small cage where they pace in circles – means that they never develop the hunting and survival skills that are necessary in the wild. One of those essential skills is a natural fear of man. Any cub that is handled by humans becomes a useless target in the wild.

What man has done in the pursuit of copious hunting dollars is create an unnatural breeding program that has long-term damaging consequences. It’s viewed as an economically profitable industry wherein the owners of lion breeding farms can easily make US$50,000 from one hunting visitor – and unlike countries such as Tanzania where hunters search for days for their ‘trophy’, the South African canned hunting farms constrain the lions in non-escapable electric-fenced areas so that they have nowhere to flee from the encroaching hunting party. So any lion hunter who goes on a South African canned hunting trip and claims that he is ‘at one’ with the natural world – is delusional. There is nothing natural about cornering a trapped lion that is baited and habituated to humans.

World-renowned lion expert, filmmaker and National Geographic Explorer in Residence, Derek Joubert, explains that lion hunters will design any argument to suit their purposes – but their assertions are as misinformed as someone denying climate change. He confirms that the kill is all about someone having fun. His moral argument is steeped in his knowledge of the breed. He explains, “Of the great evils in this world, putting a wild predator like an African lion into a confined area – is inhumane and cruel. Then, selling a safari hunter the right to come and shoot it – is another layer of evil. Lions drive everything else in the ecosystem. If you pull a lion out of the system, the entire ecosystem is vulnerable to collapsing. 95% of Africa’s wild lions have been wiped out in 50 years.”

At the time of going to press, the South African government agreed to bring an end to the captive lion breeding industry. Whether they will implement that agreement remains to be seen.

According to Will Travers, President of the ‘Born Free Foundation’, the term ‘sustainable use’ has been hijacked by the hunting industry, and their actions are the antithesis of conservation. “Ultimately,” he says, “the South African government is going to have to tackle the canned hunting outcry – and ultimately they are responsible for the lack of regulation in the early days to the point where the proliferation of canned hunting is so advanced in South Africa that the problem is one of what to do with the 20,000 lions that are in captivity expressly for that industry. Ultimately, South Africa needs to impose a widespread ban on these captive breeding farms. It’s imperative that as a society, we regain the moral high ground on this. We have to recapture the term, ‘wise use’ and reinterpret the term ‘sustainable’ for the world that we wish to see – rather than the world that we currently inhabit.”

Next door to South Africa lies Botswana, and Tsheked Khama is the Minister of Environment, Wildlife & Tourism. He explains, “the argument that if we breed lions, we can do more hunting, is ethically unacceptable. What you are then saying is that it’s ok to cage all lions, and it’s sustainable. Is that the right thing to do? The answer is definitely ‘no’.” Khama also turns on its head the South African hunting lodges’ justification for the monetary value of hunting. Botswana has evaluated the income brought in per year from photographic safaris, and the income generated from hunting. Photographic safaris bring in exponentially more income for the community and the country. It’s individual private hunting lodge greed that motivates the industry.

It’s not a coincidence that conservation and the preservation of the natural world always align with ethical behavior. Tsheked Khama displays his humanity when he says, “when it comes to the right to life, I will speak for those that don’t have a voice. We need to be radical as far as protecting our wildlife species, our fauna and flora, and the environment. We don’t have second chances to these essential matters.”

Humans largely view themselves as this exploitative species that has dominion and control over all other species on earth. If we can start to relinquish some of that arrogant brutality, which is really about control, and start to share in the natural gifts of this magnificent world (rather than trying to dominate it), only then will we become better people.

Here’s what you can do to help the Blood Lions of South Africa – no matter how far away you are. Be a voice for the voiceless. When in South Africa, don’t visit a farm that offers cub petting or walking with lions. A real lion sanctuary does not breed or trade or allow contact with its animals. If you choose to volunteer on a wildlife farm, take responsibility for your choice. Ask the important questions. Tell the world what you learn.

At the time of going to press, the South African government agreed to bring an end to the captive lion breeding industry. Whether they will implement that agreement remains to be seen. Australia was one of the first countries to take a firm legal stand against trophy hunters going to South Africa. They banned all imports of lion parts – including trophy heads. As Americans, we have the power to effect considerable change by our own actions.