Named 2022 MotorTrend Car of the Year

MotorTrend magazine’s annual competition is more than an auto industry tradition. It establishes how far the technological bar has been raised and how well a new robotic factory can deliver a package of it in the order of thousands per day — and, by extension, estimate buyers’ willingness to line-up and pay for it. Critical in that decision has always been a family’s generational devotion to the decades-old style of a manufacturer’s products. That motoring trend has on occasion been briefly relinquished.

It has now been fundamentally changed. Not only has the award gone to an electric car for the first time, it has gone to the first product of a brand new manufacturer. Why is not as difficult to imagine as one might expect.

“Earning this coveted distinction for Lucid Air, our very first car, is a resounding endorsement of our ability to deliver the most advanced electric vehicles in the world,” said Peter Rawlinson, CEO/CTO, Lucid Group(NASDAQ: LCID). “Our objective of achieving range through efficiency and technical innovation is crystallized in Lucid Air, and we’re elated that this effort has been recognized by MotorTrend against such formidable competition from well-established automakers. 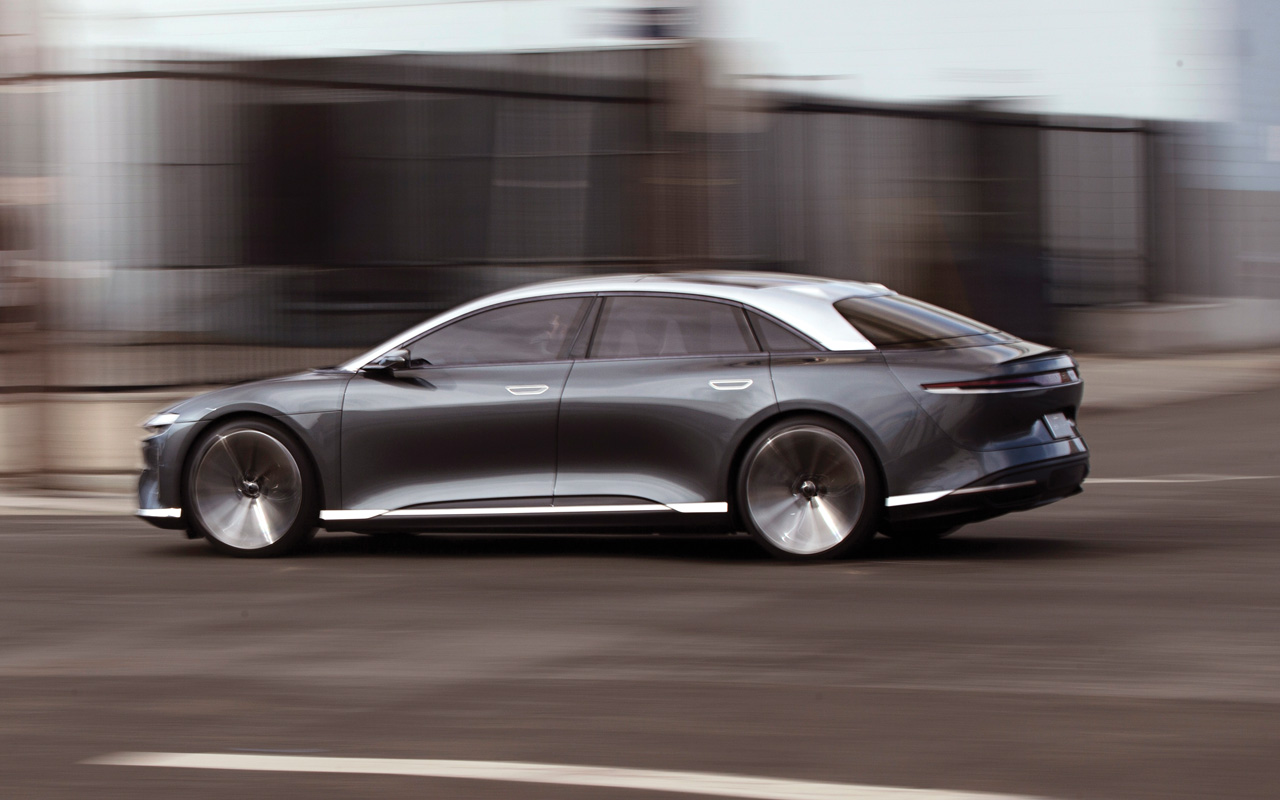 Rather than follow the established Silicon Valley format and deliver a clever science project with minimalist, lightweight occupant capsule disguising a very heavy battery-box-platform, the Lucid Motors team began with the concept of a luxury car with the total weight of such a vehicle — think Mercedes-Benz S class — and gave it the power and sophistication to carry its luxurious accommodations as a century of development might suggest — one suspects its proprietary, in-house-developed electric powertrain’s one-thousand-plus horsepower should meet the challenge.

The brilliant, new, compact motor created by the engineering staff, uses a stator winding of 24 square copper wires woven into a structure requiring minimal soldering, and cooling by air passing between the winding wires. The motor generates power with new rare-earth magnets and torque using a differential gear set within the motor and compact planetary gears on either side. The team also created the “wunderbox” to manage the systems 900-volt system. The package produces triple the power density of its competitors and allows for more space for the recently released 800-horsepower Lucid Air Grand Touring ($139,000) model’s luxurious interior — and the line-topping 1,100-HP Lucid Air Dream ($169,000) programed for release before the 480-HP medium-priced Air Pure ($70,000 after tax credit).

Lucid Motors’ battery box is a strong, patented, simple-to-assemble package that includes the vital buss-bars cast into each battery socket to link the small bricks of useful power without any additional hand work.

Concurrent with automobile development is Lucid’s long-range plan to side-step the growing challenge of disposing of millions of end-of-useful-life automotive batteries and reuse them in static power storage systems. Though early in the life of the company, that science is in development now; the battery elements were originally engineered with that in mind. 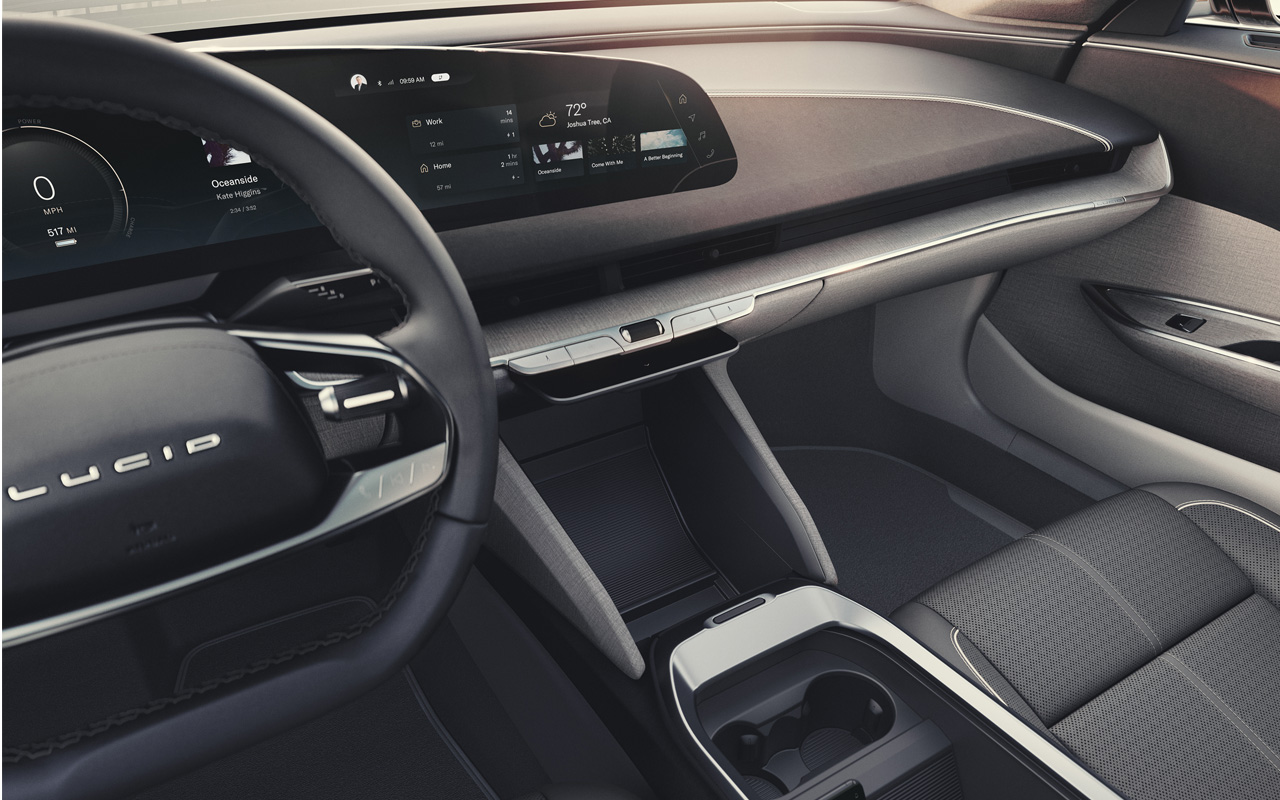 Rawlinson was chief technology officer for Lucid Motors from January 2013 leading its rapid escalation until becoming CEO/CTO in April 2019. Beginning in July 2021 he became CEO/CTO and joined the board of directors of Churchill Capital Corp IV, Lucid Motors new financial partner.

Primary keys to both the growth of product production and its early success are executive decision makers: Andrew Lewis, chairman of the board of Lucid Group and former chairman and CFO of the Dow Chemical Company; from the international automotive galaxy is Frank Lindberg, former CFO, Mercedes-Benz Cars and Mercedes-Benz AG. In both international electronic science and finance was the January 2019 merger of Churchill Capital and Clarivate Analytics (Clarivate), a leading global provider of comprehensive intellectual property and scientific information, analytical tools and services, in a transaction valued at approximately $4.2 billion. Lucid completed the previously announced merger with Churchill Capital Corp IV on July 23, 2021. The combined company is now operating as Lucid Group, Inc. The Lucid Group team rang the opening bell at Nasdaq on July 26 to celebrate the company’s public listing under the new ticker symbols “LCID” and “LCIDW.

“Lucid’s mission,” Rawlinson has repeatedly underscored, “is to truly mass industrialize electric cars and electric powertrain systems through the development of the most advanced technology imaginable. Lucid Air represents the next generation of EVs and creates new standards for interior comfort, range, efficiency and power. We are on track to meet our projected deliveries for the next two years, and we look forward to delighting our customers around the world with the best electric vehicles ever created.”

So too the Lucid Studio, designed as a light-filled space for planning your personal level of luxury and enjoying its delivery.

Customer orders for Lucid Air are being produced in Lucid’s new factory near Casa Grande, Arizona, and being delivered now. 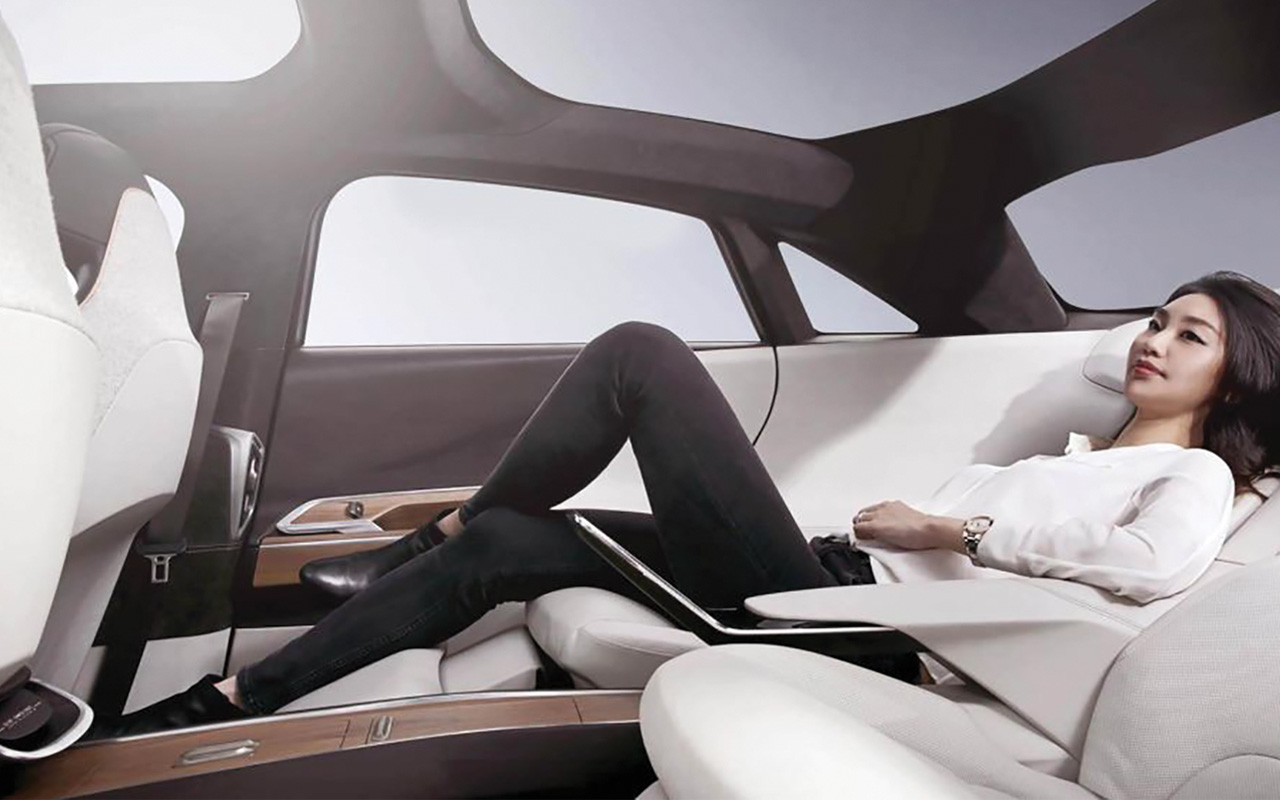