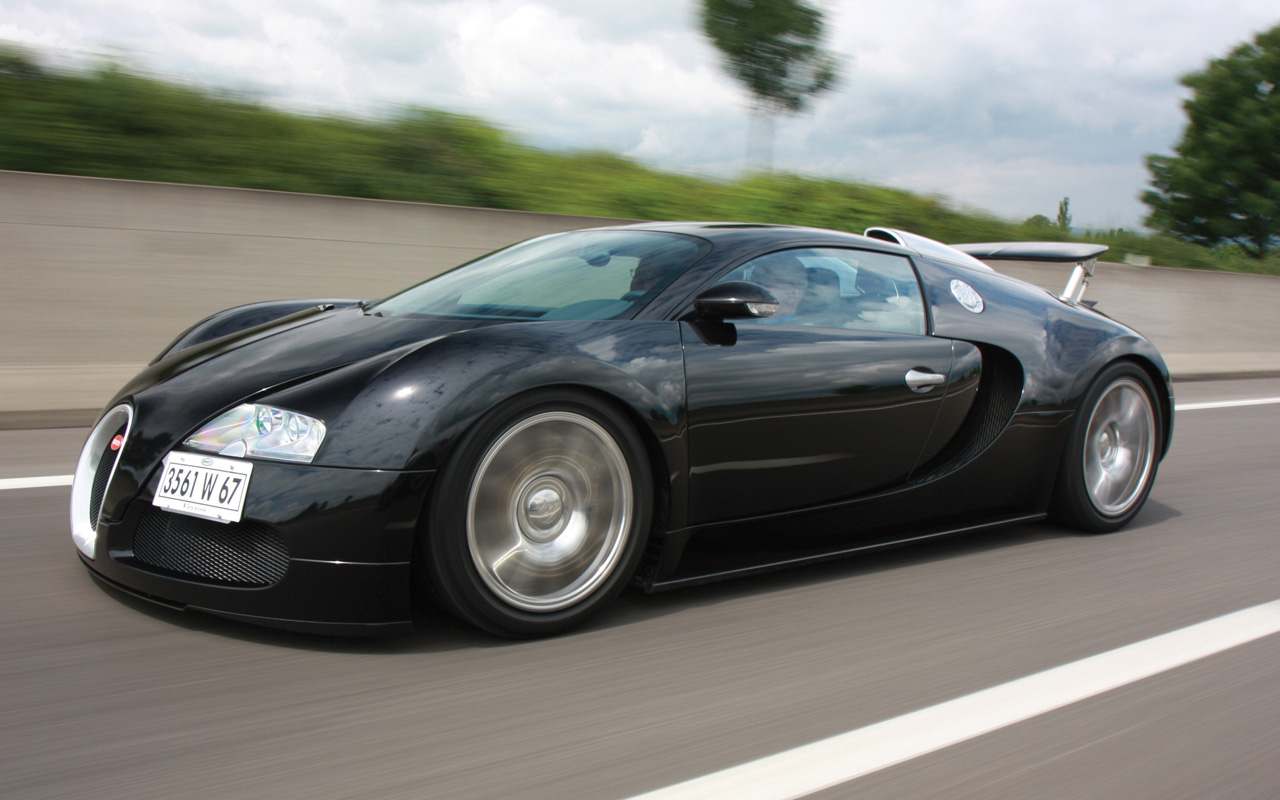 Bugatti’s Veyron 16.4 and its place in the Roman village of Molsheim

A 1000+ horsepower Bugatti Veyron EB 16.4 rumbling down a tree-shaded street tends to pull a vacuum on the neighborhood, emptying bungalows as it passes. It arrived in front of the author’s house followed by an entourage. My first drive, in the autumn of 2007, was Westlake Boulevard to Mulholland to Troutdale, Kanan, 101 and back to Westlake. Awe inspiring, but the second would be more memorable.

Ancient rock walls rush by on both sides. It is damp and dark with a hint of medieval as we rush up through the forest at a twenty-first century pace. The stones had echoed history for centuries; warriors, rebels, clerics seeking refuge, bi-national loyalists and iconoclast wizards had all left the voices of their passions there. We were there for one of the last; Ettore Arco Isidoro Bugatti began building cars in nearby Molsheim in 1909 and, from the beginning, our ancient route was the path he used for verification of technical developments. The Roman road through the Vosges Mountains was described in a document dated 820 a.d. and included the village of Mollesheim, now Molsheim.

When Ferdinand Piëch decided his vast Volkswagen Group needed to bring more attention to its technical abilities, he began by purchasing respected brands with technical legacies under which to create some of the world’s most advanced automobiles.

The young Italian engineer came to Alsace to build cars for both the Germans and the French, the state’s national affiliation at different times. His legacy stands, appropriately, along the east side of Rue de la Commanderie. Just south of Molsheim centre ville (city center), Avenue de la Gare meets Route de Dachstein at the railway station and becomes Rue de la Commanderie. Along its east side are the Bugatti properties. First is Hostellerie du Pur Sang where customers were often housed while awaiting a favored audience with le patron. A few hundred meters south one encounters the robust fencing of The Works, once Hardtmühle, a dye works, for forty years the unpretentious factory where some of the most pretentious cars of their era were created. Since the 1950s it has housed Messier Bugatti and Messier Services, a successful firm that manufactures and services commercial aircraft landing gear. The Bugatti family’s villa is now a training and trade union center for Messier and is protected by the shared fence.

When Ferdinand Piëch decided his vast Volkswagen Group needed to bring more attention to its technical abilities, he began by purchasing respected brands with technical legacies under which to create some of the world’s most advanced automobiles. The Volkswagen connection would be made clear so the revitalized brands would celebrate VW capability, He topped his list with Bugatti. That name would bring attention to his most technically advanced product. It would be a W-16 with four turbochargers and would produce no less than 1000 horsepower. To underscore his commitment to the name he purchased as much of the original Bugatti property as possible and undertook its restoration. The imposing Chateau St. Jean, where le patron once entertained his most valued clients, is authentically restored outside and includes the new Bugatti management team’s modern office suite inside. The stables on either side remain enormous wood structures, but are now filled with white walls and marble floors as the delivery show room to the south and a service facility to the north. The southern tip of the restored campus is capped with a Bugatti logo shaped, glass ediface where the new car is created. It is a stunning accomplishment—both facility and automobile. The twenty-first-century, Gunter Henn-designed studio-as-fabrication-and-assembly-shop elliptical, glass atelier is filled with natural light and dramatic vistas and invites closer inspection. 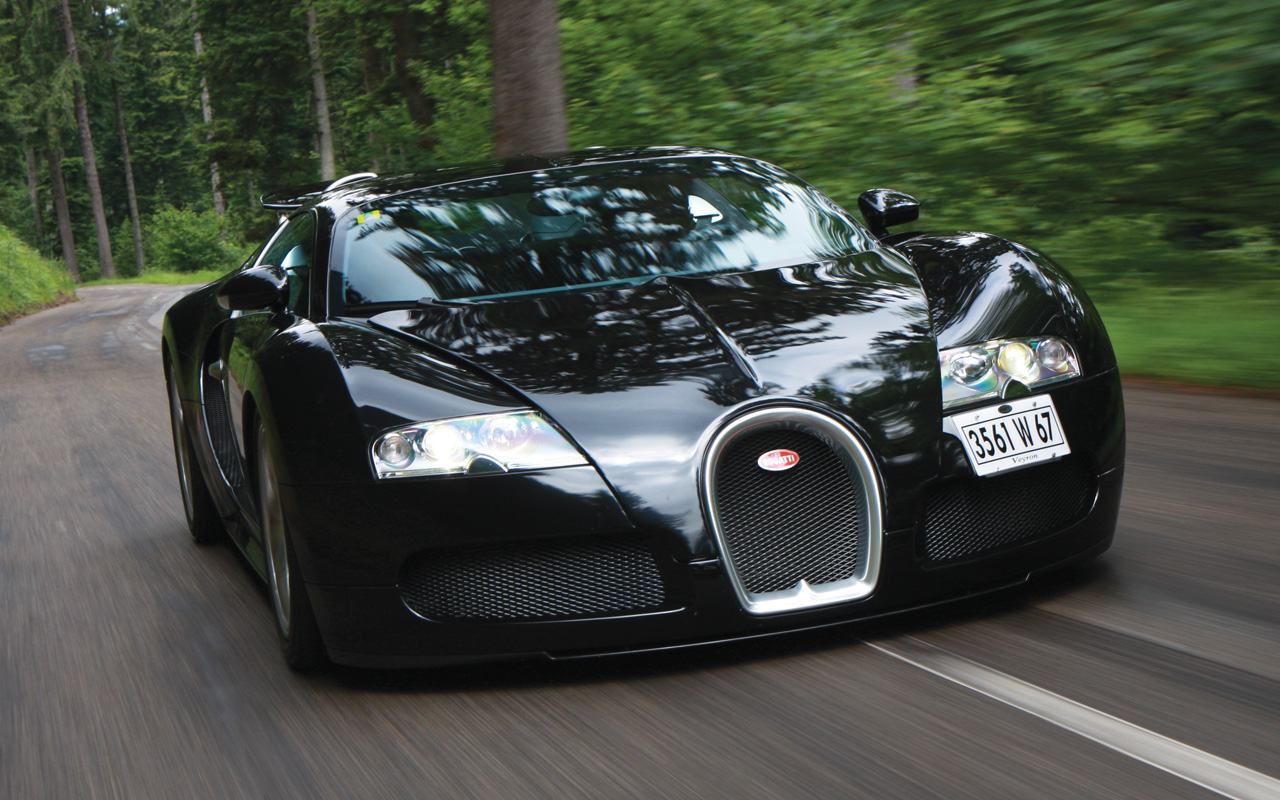 Ninety percent of the Bugatti atelier work force is Alsacian and most are fluent in both German and French. It has taken nearly two millennia to make peace with that struggle

Molsheim is now the final assembly point for the Bugatti Veyron 16.4. Only 17% of the process occurs in the atelier. There are three assembly stations in the atelier and each employs a staff of five. There is no time schedule. The only critical measurement is perfection at every step. The aluminum body panels are delivered from Audi, the carbon fiber monocoque is from ATR Composites Group in Italy—the same manufacturer who produced the structures for the Enzo and the Carrera GT. All engines are assembled by Volkswagen engineering staff in Salzgitter, Germany, and each engine has been run for 10 hours on a test bench with all temperature signals approved. The 7-speed gearbox arrives from Ricardo with the VW developed DSG double-clutch system. The manufacturer price for the gearbox is about the same as a new 911. Every titanium machine screw in the car is made to a Bugatti specification and can be torqued to its specified load only once, then replaced. Each screw costs 30 euros. There is real history there. Ettore demanded custom machine screws for his cars and the used ones with the EB on the square head are now priceless artifacts. The new ones have no logo.

The complex automobile manufacturing is accomplished in uncompromising detail—by hand. Ninety percent of the Bugatti atelier work force is Alsacian and most are fluent in both German and French. It has taken nearly two millennia to make peace with that struggle. Even in the twenty-first century, life in Alsace remains a dichotomy: French exuberance and German pragmatism. Now the powerful German Volkswagen Group has come to build a profoundly French automobile with the spirit of an expatriate Italian. The new 1,200 horsepower Veyron 16.4 Grand Sport Vitesse retains the engineering sophistication of the first, all the aesthetic sensibilities of the second and the dynamic fire of the last.

All of that is abundantly clear as you press “Start.”